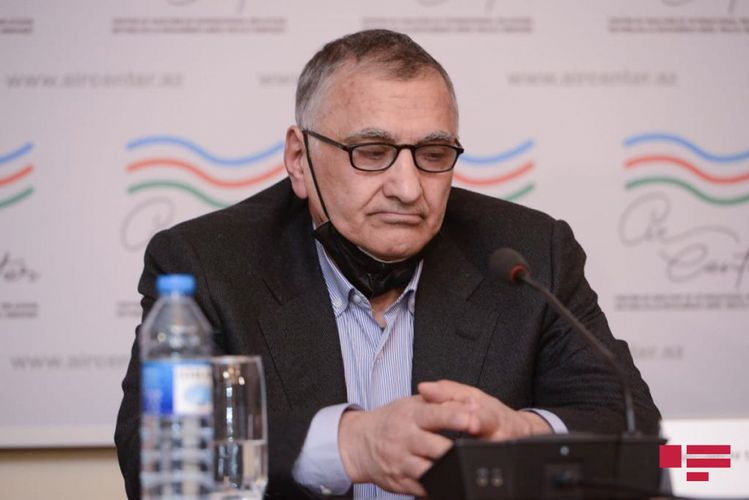 Dilgam Asgarov, who had been held hostage by Armenia for many years and who was released and brought to Azerbaijan on 14 December 2020, expressed gratitude to President Ilham Aliyev for ensuring his release.

Speaking at a press conference held by the State Commission on Prisoners of War, Hostages and Missing Citizens, Asgarov also congratulated the people of Azerbaijan for the victory in the Patriotic War.

“I did not cross over to the territory of Armenia, I visited the land of my ancestors. The Armenians illegally arrested me in my homeland and taken to Khankendi,” he said.

Asgarov said he had not been given food for a year in Khankendi.

“They gave me warm water and some pasta on an iron plate. At the time of my arrest, my weight was over 100 kilograms, but later I lost weight to 55 kilograms. I didn't have the strength. They beat me with the butt of a machine gun. There was a time when 15 people beat me. All this happened during the "investigation". I was running out of strength, I could not rise. The International Committee of the Red Cross was aware of the torture I was subjected to. However, no measures were taken,” he added.