Erdogan says he will send his foreign and energy ministers to Israel for talks. 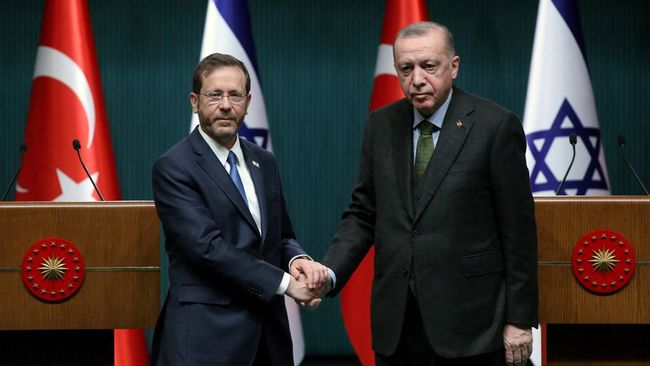 Turkish President Tayyip Erdogan told his Israeli counterpart Isaac Herzog in a phone call that synergy in the field of energy was mutually beneficial for their countries and that he hoped the momentum built in recent talks would continue, his office said on Friday, News.az reports citing Turkish media.

Turkey and Israel have in recent weeks been working to mend their long-strained ties, and energy has emerged as a potential area of cooperation.

Herzog visited Turkey last month for talks with Erdogan, and the Turkish leader has said he will send his foreign and energy ministers to Israel for talks.

In a statement, the Turkish presidency said Erdogan had also stressed the importance of allowing Palestinians to enter Israel during the Muslim holy month of Ramadan and welcomed steps taken by Israeli officials to allow Muslims to pray at Al Aqsa mosque.

He also condemned recent terror attacks in Israel, it said.