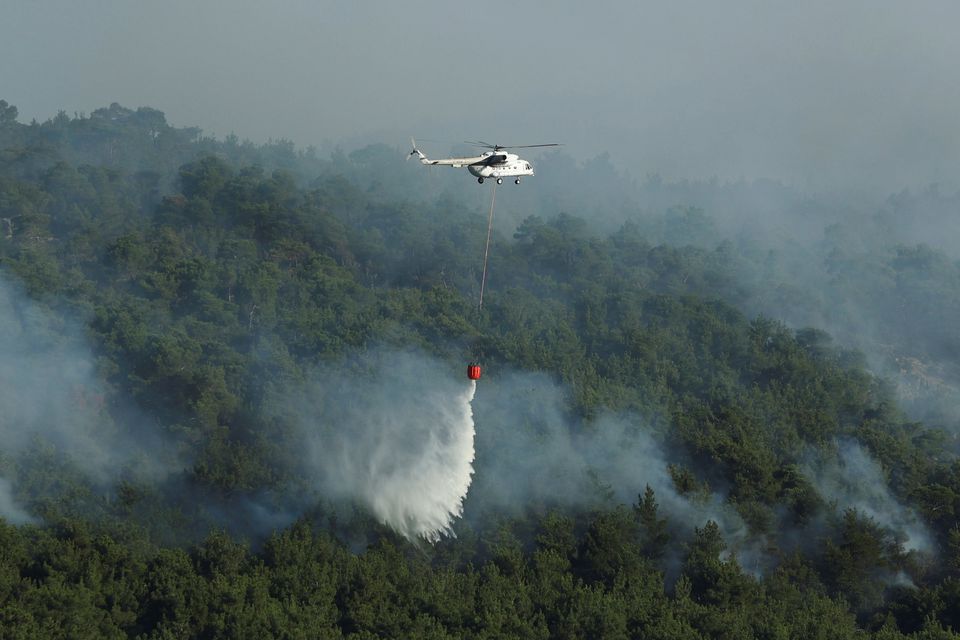 The European Union and its member states agreed on Monday to speed up plans to establish an EU fleet of firefighting aircraft, after rampaging wildfires across Europe this summer exhausted the bloc's capacity to respond, News.az reports citing Reuters.

This summer's wildfires forced thousands of Europeans to evacuate, and razed homes and businesses, part of a worsening trend as climate change increases the hot and dry conditions that help fires spread, burn longer and rage more intensely.

Southern European countries such as Portugal and Greece experience fires most summers, but Germany and the Czech Republic also suffered large blazes this year, as hotter temperatures push fire risk north and into countries less equipped to cope.

At a meeting on Monday, the European Commission and ministers from EU countries agreed to explore an advanced purchase of EU-funded helicopters, the EU's head of crisis management, Janez Lenarcic, said in a statement.