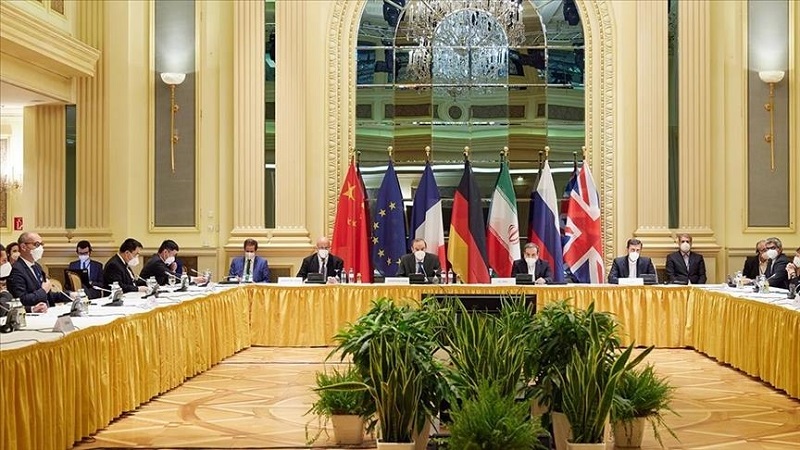 Talks between Iran, the US and four world powers aimed at restoring the 2015 nuclear agreement will reconvene next week, senior officials said in Vienna on Tuesday.

“Progress made over the last two weeks. But much more hard work needed,” Enrique Mora, deputy secretary general of the European External Action Service, tweeted. “Third expert group was created to address sequencing issues,” he added, reiterating that “diplomacy is the only way forward for the JCPOA (Joint Comprehensive Plan of Action) to address ongoing challenges.”

The JCPOA refers to the 2015 nuclear agreement sealed in Vienna between five world powers (the US, UK, Russia, China and France) plus Germany and Iran.

The six countries are continuing to discuss ways in the Austrian capital geared at reviving the deal, which then-US President Donald Trump unilaterally abandoned in May 2018.

The US delegation is not participating in the meeting with the other world powers as Tehran refuses to directly negotiate with Washington until sanctions are lifted.

“In view of the progress made in the Vienna talks so far, the Joint Commission of JCPOA decided to establish the third working group to deal with possible sequencing of practical steps leading to full restoration of the Iranian nuclear deal,” he tweeted.

The latest positive development notwithstanding, the head of the Iranian negotiation team warned against what he called US “maximalist demands.”

Iranian Deputy Foreign Minister Abbas Araghchi said in a tweet that while talks are "moving forward," his country would be prepared to leave the negotiations if they go in the direction of "maximalist US demands, killing time, or irrational bargaining."

Under the agreement, Tehran pledged to limit its nuclear activity to civilian purposes and in return, western powers would agree to drop their economic sanctions on Iran.

But in 2018, the Trump administration withdrew from the agreement as part of its so-called “maximal pressure” policy and re-imposed tough sanctions on Iran, prompting Tehran to stop complying with the agreement.