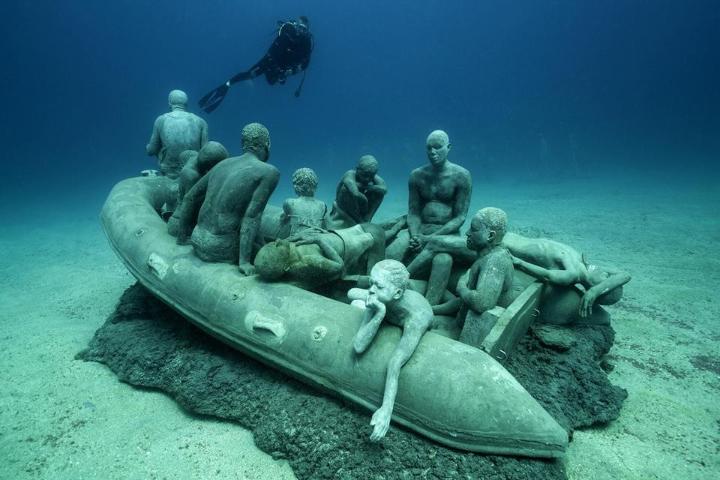 The installations can be found 14 metres beneath the surface of the Atlantic Ocean in Bahía de Las Coloradas (Coloradas Bay), on the south coast of Lanzarote. The site spans an area of 2,500 square-metres, and can be explored by scuba divers or from glass-bottomed boats.

The permanent works, which include a 30 metre-long, 100-tonne wall, have been created entirely with pH neutral materials designed to foster the reproduction of local fish species and create a habitat for marine life in the Unesco-designated World Biosphere Reserve.

The sculptures aim to portray “the dialogue between past and present and the divisions within society”, with some of the most notable works including The Rubicon, The Vortex and The Raft of Lampedusa, which references the influx of refugees on the Italian island.

The exhibition pays tribute to the refugees that succeed, but also those whose “dreams and hopes remain at the bottom of the sea”, Taylor told The Local.