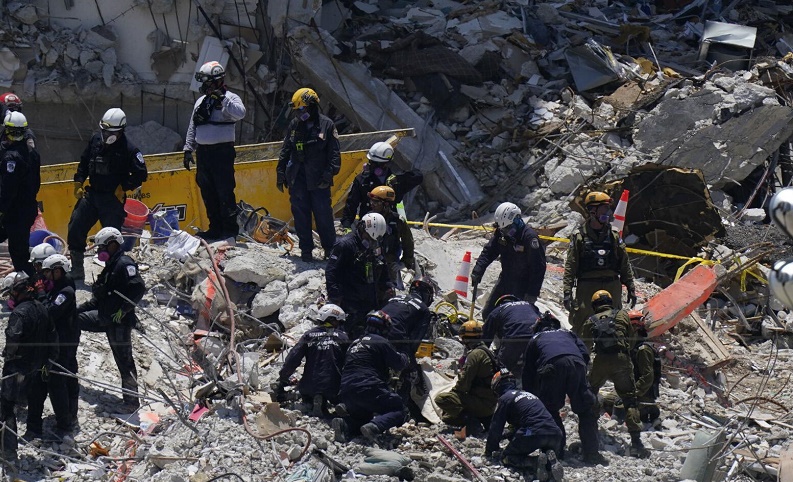 The death toll has reached 94 as rescuers continue to dig out bodies of the deceased from the debris of a condo that collapsed in Surfside, Florida, Miami-Dade Mayor Daniella Levine Cava said during a Monday morning news conference.

Of the 94 victims, 83 have been identified and 80 families of the deceased have been notified, according to Levine Cava.

She said 22 people remain "potentially unaccounted" for, with 222 people accounted for, adding that as "identification become more difficult as time goes on," the numbers are fluid and will continue to change.

Living in Champlain Towers South at the time of the building's collapse in the early hours on June 24, Sophia Lopez Moreira and her husband, Luis Pettengill, were confirmed dead and identified in an earlier release.

In addition to their son, the couple's two daughters -- aged six and nine, respectively -- and the family nanny also died in the tragedy. The entire family has been identified.

Paraguayan President Mario Abdo Benitez arrived in the United States on Friday to grapple with the loss of his family members.

Ongoing investigations trying to establish the cause of the collapse have yielded little breakthrough so far, as early results of a probe into Champlain Towers North, a sister building of the ill-fated condo that has a substantially similar structure, came back showing "the concrete strength is very good," according to Surfside Mayor Charles Burkett.