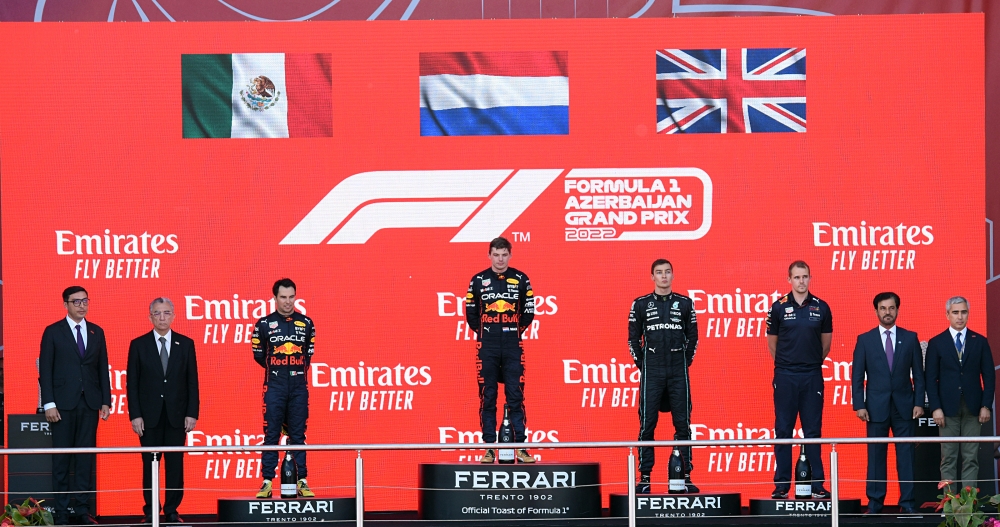 The awarding ceremony of the winners of the Formula 1 Azerbaijan Grand Prix took place in Baku on Sunday, News.Az reports.

In honor of the winner of the Grand Prix of the Red Bull Racing team and the Dutch driver Max Verstappen, the national anthems of the Netherlands and Austria were played.

Then the winners were awarded trophies.

Mayor of Baku City Eldar Azizov presented the trophy to the winner of the Grand Prix Max Verstappen.

Minister of Youth and Sports of Azerbaijan Farid Gaibov presented the trophy to Sergio Perez (Red Bull Racing), who took second place in the Grand Prix, and George Russell (Mercedes), who took third place, was presented with the trophy by President of the Azerbaijan Automobile Federation Anar Alakbarov. 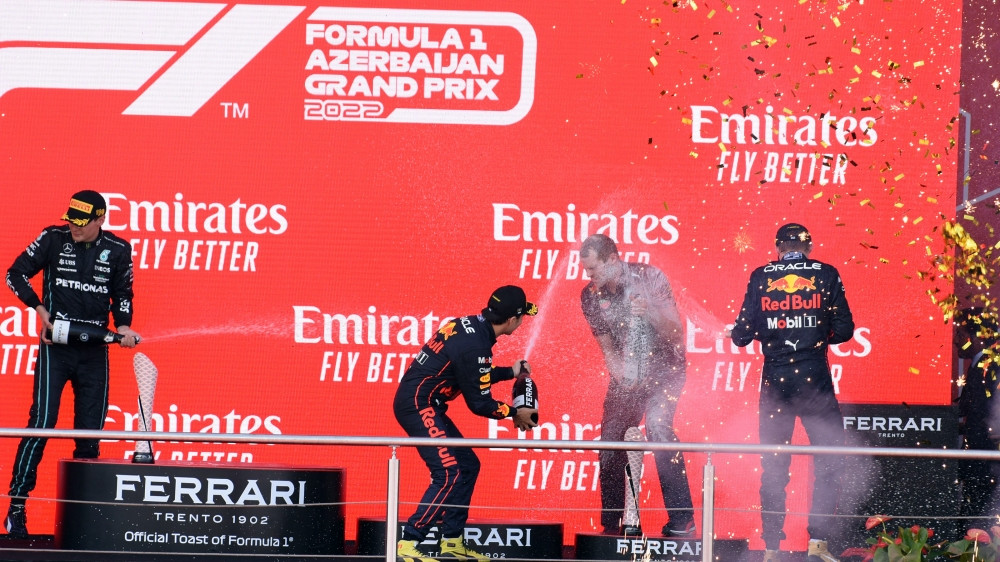 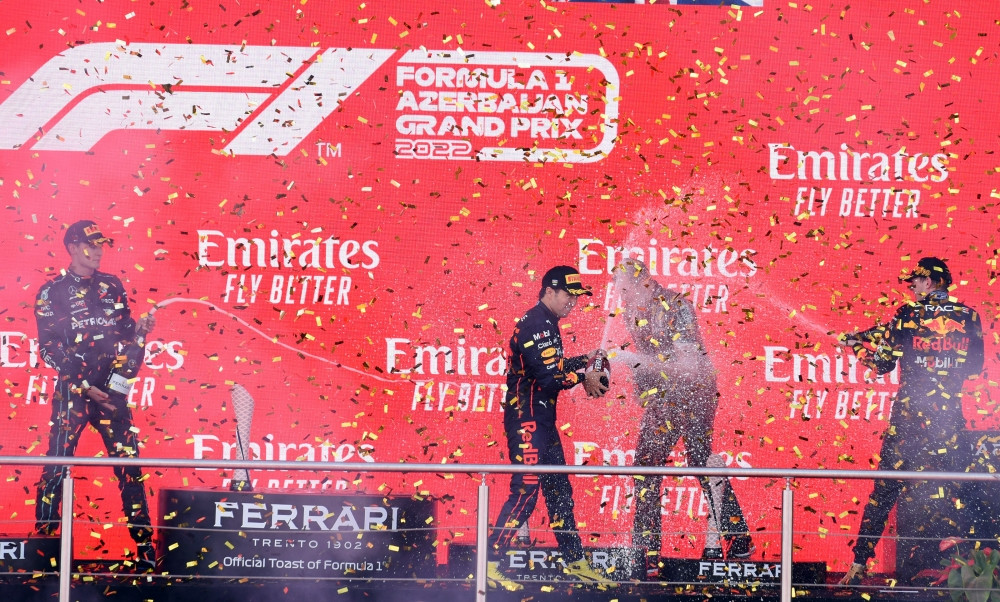 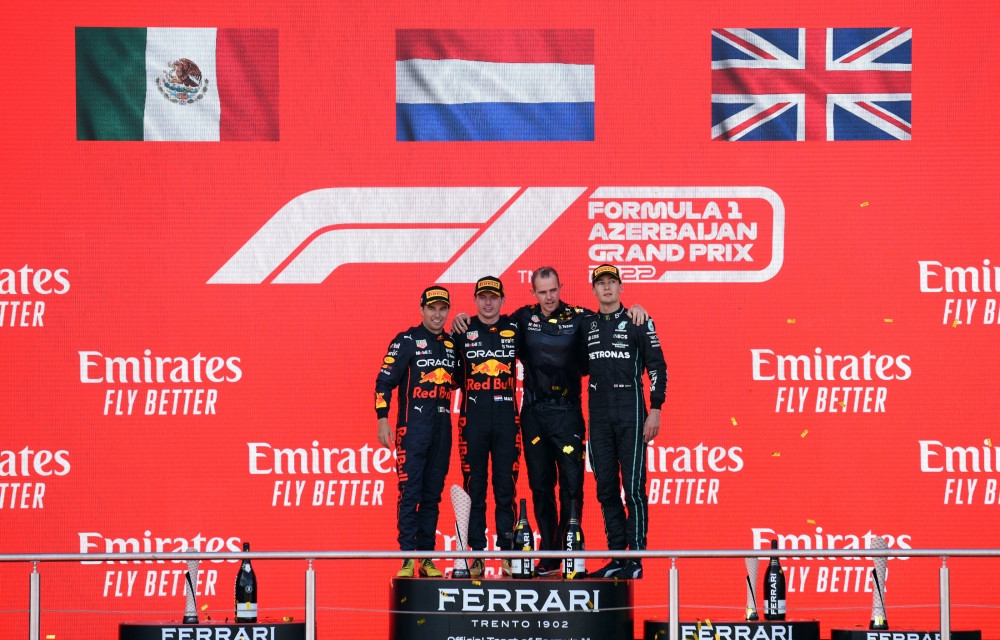