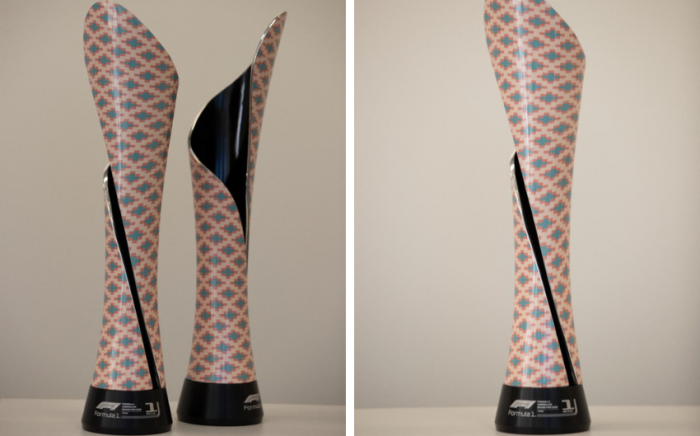 The 2022 Formula 1 Azerbaijan Grand Prix stands out for its design.

The official prize dedicated to the reunification of Azerbaijan with its ancestral lands - Shusha and the "Year of the City of Shusha" combines elements of the rich heritage of Azerbaijan, News.Az reports.

The trophy reflects the minarets of the mosque of Yukhara Govhar Agha, one of the most ancient monuments of the city of Shusha. The patterns on the cup resemble the brick surface of the minarets, which are divided into three parts by convex ribbons and decorated with colored stones.

The official award of the races is also dedicated to the 270th anniversary of the city of Shusha, the cultural capital of Azerbaijan.

The trophy will be awarded to the winners on June 12 after the final competition.