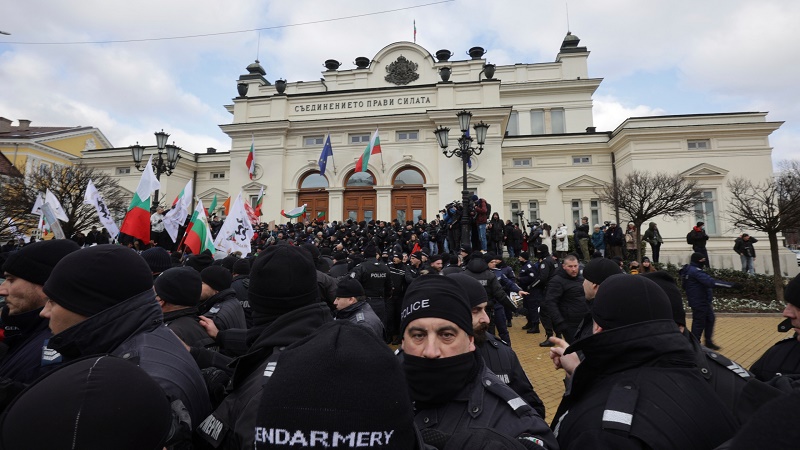 The protest was organized by the ultra-nationalist Revival party, the smallest party in Parliament with 13 deputies. It is not part of the recently formed ruling coalition.

The injured police officers were taken to hospital for treatment, the Interior Ministry said in a statement.

A man carrying a weapon was detained before the protest began, it also said.

"The police call on the protesters to express their opinion peacefully and without disturbing public order," the statement said.

In an interview with Bulgarian National Television, Prime Minister Kiril Petkov said his country was on the eve of another huge COVID-19 wave.

He said he understood that people were frustrated, but reiterated that the authorities worked round the clock to manage this next wave.

Petkov said he wanted to meet the protesters in person but could not because he was quarantined. However, once his isolation is over, he said he was ready to meet with the expert representatives of the protesters.