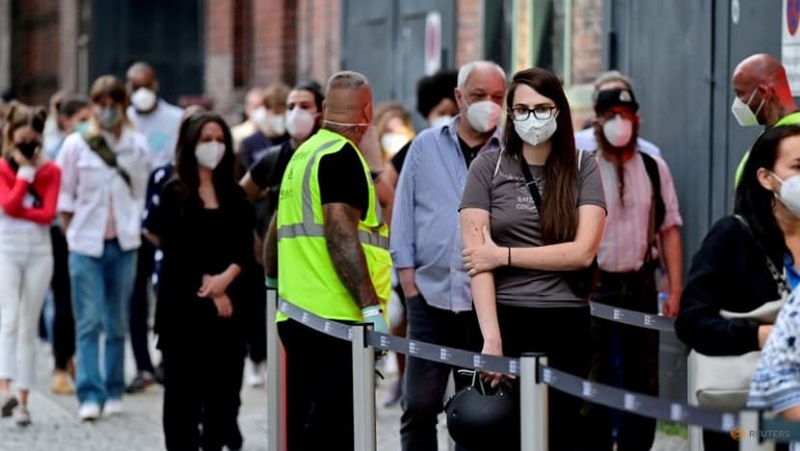 Germany on Saturday recorded the highest incidence of coronavirus infections since mid-May, reaching the threshold of 100 cases per 100,000 in the past seven days that used to be the yardstick for imposing a strict lockdown.

However, Health Minister Jens Spahn noted that Germany could cope much better now due to vaccination, although he said restrictions like mask-wearing and limits on indoor activity for unvaccinated people would stay until next spring.

The seven-day incidence rate of cases - which until August was used to decide whether to impose more stringent COVID-19 curbs - rose to 100 on Saturday from 95 on Friday, the Robert Koch Institute responsible for disease control said.

The milestone comes a day after the German health ministry warned that "we are seeing an escalation of the situation".

The upwards trend "became visible in almost all age groups over the past week and it is to be expected that the increase in case numbers will pick up speed in the further course of autumn and winter," health ministry spokesman Oliver Ewald said.

Germany recorded 86 new COVID-19 deaths on Saturday, with the country's total toll rising to 95,077, according to official figures.

There were also 15,145 new infections recorded over 24 hours, the figure having risen 31 per cent over the last eight days.

The rise comes as the leaders of Germany's 16 states are discussing how to proceed after a nationwide state of emergency is set to lapse on Nov 25, meaning restrictions will automatically expire then unless extended by parliamentary vote.