Giant telescope to search for alien life in Alpha Centauri 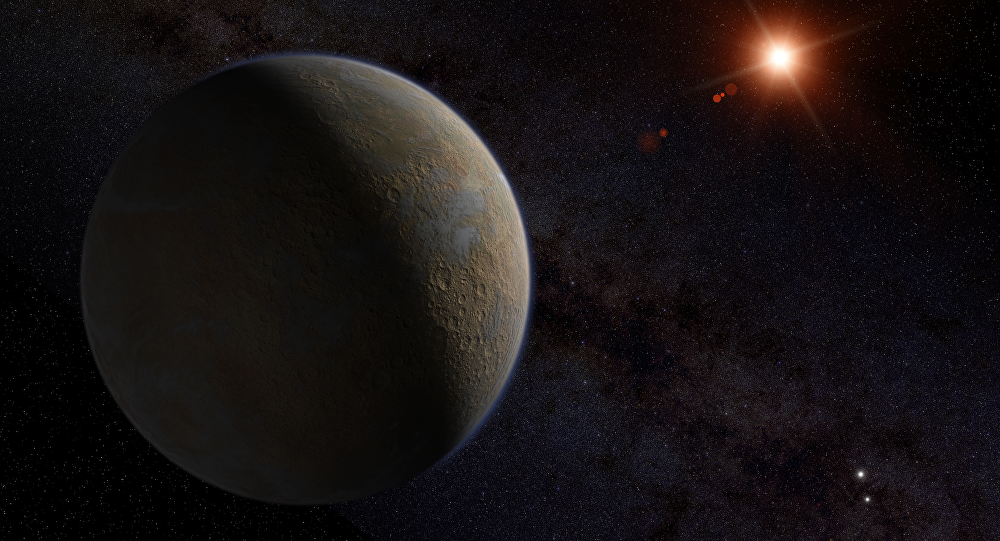 The European Southern Observatory (ESO) has announced a partnership with the Breakthrough Starshot program to modify one of their telescopes to search for habitable planets in Alpha Centauri, the nearest star system to Earth, Sputnik reports.

Stars exude far more light than the planets that orbit them, making it difficult for astronomers to discover and learn about exoplanets. The ESO's Very Large Telescope (VLT) in Chile will be modified with a new imager and spectrometer called the VISIR that will parse infrared light into its component wavelengths, allowing it to better differentiate stellar light and more easily find planets. Breakthrough Starshot's modification is meant to allow the VLT to discover more planets in Alpha Centauri.

reakthrough Starshot is one of several initiatives funded by Russian billionaire Yuri Milner, Facebook CEO Mark Zuckerberg, and world-renowned physicist Stephen Hawking, meant to discover and contact alien life. Starshot's ultimate goal is to send thousands of nano-probes, each weighing a few grams, to Alpha Centauri. The probes would be equipped with cameras to better investigate planets orbiting Alpha Centauri. But before they can launch their probes, they must identify planets for the probes to visit.

At just 4.37 light-years away, Alpha Centauri is the most likely first destination for humanity when interstellar travel becomes feasible. ESO confirmed the existence of a planet, Proxima B, in August 2016, reigniting scientific interest in the trinary star system. Proxima B is within its star's "habitable zone," making it a planet that could potentially support life. Another planet, Alpha Centauri Bc, was proposed in March 2015, based on Hubble Telescope data, but astronomers have not confirmed its existence. Bc, if it does exist, is very close to its star and likely covered in magma. The VLT will soon be outclassed by new telescopes in planning or production, such as the ESO's own Extremely Large Telescope (ELT), planned to launch in 2024, with fives times the VLT's aperture diameter. The ELT, when it comes online, will primary be used to search for and identify exoplanets but, in the meantime, researchers continue to look for workarounds to the problem of stellar light drowning out comparatively dim planets.

Breakthrough Starshot's ambitious plan to send interstellar probes to Alpha Centauri is a long way off, some 30-40 years by their own estimates. When the probes are finally launched they will travel at about 20 percent of the speed of light using a solar sail (harnessing electromagnetic radiation from starlight for propulsion) and will probably take 20 years to reach the nearby star system, and then another 4 years for transmissions to return to Earth. Sputnik will have more on this story when the probe's transmissions arrive, on or around 2080.