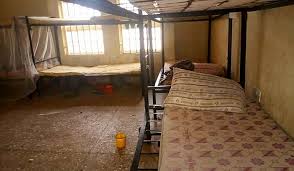 An operation to rescue more than 300 girls kidnapped in Nigeria had failed to pinpoint their location by late on Friday, almost 24 hours after gunmen seized them in a raid on their school.

The raid in Zamfara state, where the governor ordered all boarding schools to close immediately, was the second such kidnapping in little over a week in the country’s northwest, a region increasingly targeted by militants and criminal gangs.

Zamfara police said they had begun search-and-rescue operations with the army to find the “bandits” who took the 317 girls from the Government Girls Science Secondary School in the town of Jangebe.

“There’s information that they were moved to a neighbouring forest, and we are tracking and exercising caution,” Zamfara police commissioner Abutu Yaro told a news conference.

All the abductees remained at large, but the parent of one of them, Mohammed Usman Jangebe, said seven of their schoolmates had resurfaced after escaping the raiders by hiding in gutters.

“Information available to me said they came with vehicles and moved the students. They also moved some on foot,” he told Reuters.

By late Friday, there had been no claim of responsibility for the raid.