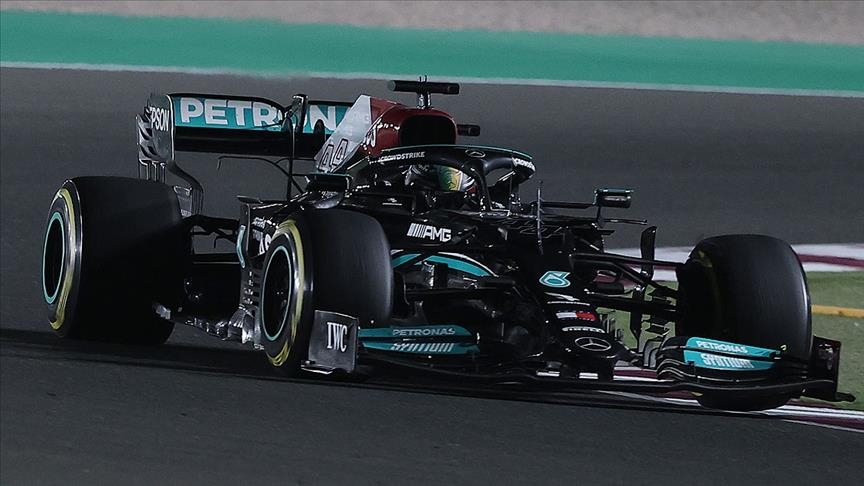 Lewis Hamilton bagged his eighth Formula One victory this season at the Jeddah Corniche Circuit in Saudi Arabia on Sunday, according to Anadolu Agency.

The Mercedes driver finished the track with a time of 2:06:15.118 while his Dutch rival Max Verstappen of Red Bull Honda finished 11.825 seconds behind him.

Another Mercedes driver, Valtteri Bottas, finished the race 27.531 seconds behind the leader.

In lap 10 of the Saudi Arabian Grand Prix, Haas driver Mick Schumacher hit a barrier, and the race was red-flagged and restarted later.

There was another red flag in lap 15 as Sergio Perez, Nikita Mazepin and George Russell all collided.

In lap 23, Yuki Tsunoda of AlphaTauri collided with Sebastian Vettel of Aston Martin and a Virtual Safety Car was used until lap 33.

Verstappen and Hamilton collided in lap 38 after the Red Bull driver had to cede a position to the Mercedes driver.

Verstappen was handed a five-second penalty for cutting a corner earlier in the race. Hamilton took the lead back in lap 43 and drove away to his win.

Both the drivers have 369.5 points, while Bottas is placed third with 218 points.

Mercedes leads the constructors standings with 587.5 points, while Red Bull Racing Honda is ranked second with 559.5 points and Ferrari is at the third spot with 307.5 points.

The next and final race of the season will be held in Abu Dhabi, where the title winner driver of the Formula One 2021 season will be decided, on Dec. 10-12.