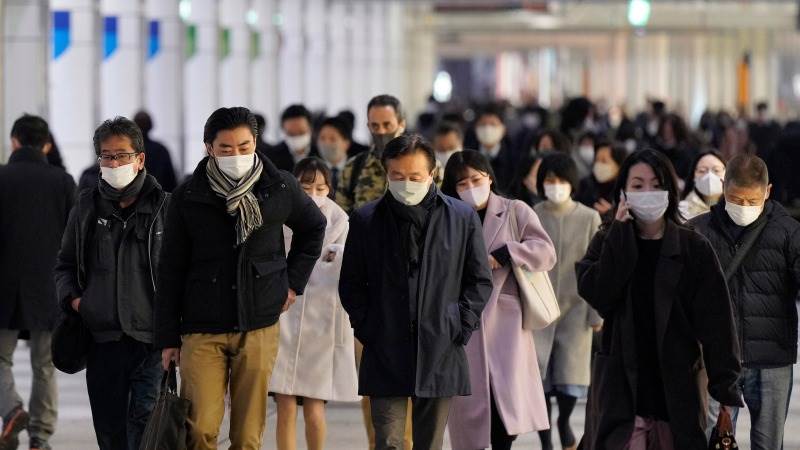 Japan will consider issuing a new emergency declaration after governors in the capital region urged action to tackle a record surge in COVID-19 cases, the head of the nation’s pandemic response said on Saturday, Reuters reports.

The government needs to consult with health experts before deciding on a new declaration, Economy Minister Yasutoshi Nishimura told reporters after a meeting with Tokyo Governor Yuriko Koike and leaders from three neighbouring prefectures.

“The national government and the three governors shared the view that the situation in the Tokyo area is getting more severe such that an emergency declaration may be necessary,” Nishimura said.

As an interim measure, restaurants and karaoke parlors in the Tokyo area would be asked to close at 8 p.m., while businesses that serve alcohol should close at 7 p.m., he said.

Prime Minister Yoshihide Suga has resisted calls to reinstate a national state of emergency, which the government had introduced in April during an earlier wave of the pandemic. Suga is next scheduled to speak publicly on Jan. 4.

It relied on voluntary business closures and travel restrictions rather than the sort of rigid lockdown measures seen in parts of Europe and the United States.

“The Japanese government has not done a great deal to control the infection,” Sakamoto said. “I would expect the (infection) numbers will get bigger in the coming days, and the emergency declaration should have come earlier, probably during December or November.”