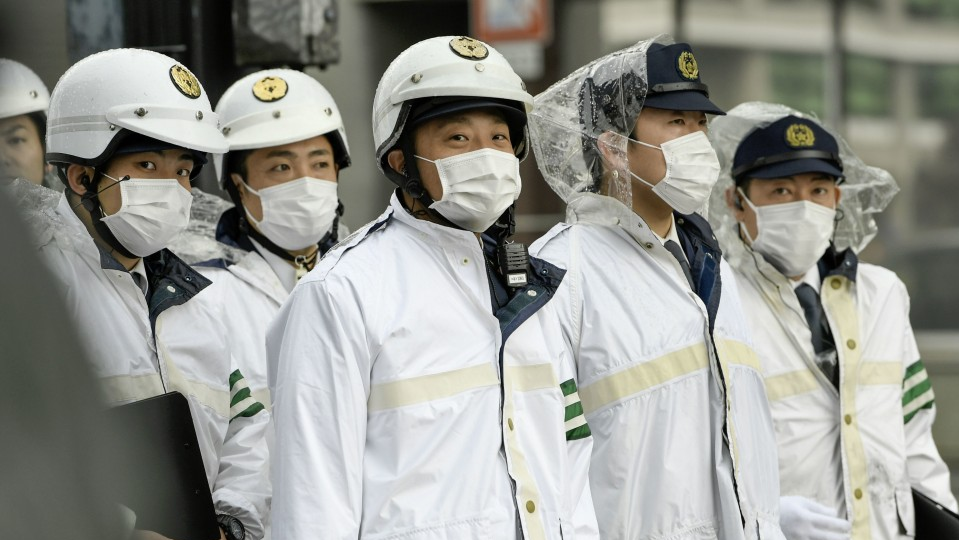 Japanese Prime Minister Yoshihide Suga declared a state of emergency over the COVID-19 pandemic in seven more prefectures including Osaka and Aichi on Wednesday, broadening the scope of the measure amid a resurgence of the pandemic across the country.

The newly declared prefectures, also including Tochigi to the north of Tokyo, Gifu in central Japan, Hyogo and Kyoto in the west, and Fukuoka to the southwest, will remain in the status through Feb. 7.

Speaking at a meeting of the government's coronavirus task force, Suga said he felt a "strong sense of crisis", adding that surges in cases in urban areas must be curbed and prevented from spreading to other parts of the country.

Under the state of emergency, people in the affected areas will be asked to refrain from making unnecessary trips, and restaurants and bars will be requested to close by 8:00 p.m.

Meanwhile, firms are encouraged to have employees work from home or stagger their shifts and reduce the number of staff in their offices by 70 percent. The number of spectators at live events will also be limited.

"If we work together, we can certainly turn the number of infected people into a declining one," said Yasutoshi Nishimura, the minister in charge of the government's response to the novel coronavirus, at a lower house committee meeting earlier in the day.

However, he expressed reluctance to expand the state of emergency to the whole nation. "We have to carefully think whether we should subject areas to it that have kept the number of infections low," he said.

The initial state of emergency took effect in Tokyo and the three adjacent prefectures of Chiba, Kanagawa and Saitama last Friday.

The emergency expansion comes after some governors of the prefectures asked the central government to expand its state-of-emergency declaration to cover their prefectures, bringing the total number of prefectures under the state of emergency to 11, which covers more than half of the country's population and around 60 percent of its economy.

According to Nishimura, the central government's decision to expand the state of emergency is not made based on a request but on whether enough hospital beds can be secured for COVID-19 patients.

The move came as the cumulative total of confirmed coronavirus cases topped 300,000 in the country. In the capital Tokyo of 14 million people, the hardest hit by the virus among Japan's 47 prefectures, 1,433 additional cases were reported on Wednesday, bringing its cumulative total to 78,566.

A state of emergency was previously declared in Tokyo and six other prefectures on April 7 last year. It was later expanded to cover the whole country before being lifted in late May.

The measures of the latest state of emergency are more relaxed compared to those under the previous one, with no punishment for those that fail to comply.

Schools will not be asked to close during the emergency period. Education Minister Koichi Hagiuda has said that university entrance exams set to begin later this week will go ahead as planned.