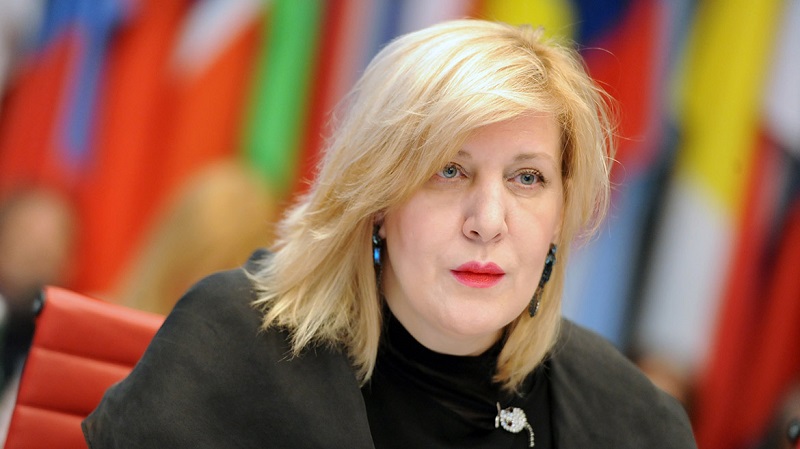 Now that the ceasefire agreement has been signed [to end the Second Karabakh war] we need to move forward, Council of Europe’s Commissioner for Human Rights Dunja Mijatović said.

Mijatović made the statement during the 13th sitting of PACE Spring Session 2021.

She noted that she has been closely following the situation before and after the trilateral statement of November 10, 2020, was signed.

“I can only say that I am willing to travel there [to the Azerbaijani liberated lands] anytime with my team in order to be of help,” she said.

Following over a month of military action to liberate its territories from Armenian occupation from late Sept. to early Nov. 2020, Azerbaijan has pushed Armenia to sign the surrender document. A joint statement on the matter was made by the Azerbaijani president, Armenia's PM, and the president of Russia.

A complete ceasefire and a cessation of all hostilities in the zone of the Nagorno-Karabakh conflict were introduced on Nov. 10, 2020.