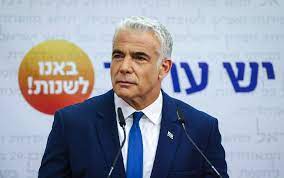 Israeli lawmakers will vote next week to dissolve parliament, opening the way for the country's fifth election in three years, after Prime Minister Naftali Bennett could not contain the rising pressure on his fragile ruling coalition, News.az reports citing Reuters.

Bennett will step aside to be replaced by Foreign Minister Yair Lapid, his partner in the unlikely coalition of opposites that ended former Prime Minister Benjamin Netanyahu's record 12-year rule 12 months ago.

Lapid, a former journalist who heads the largest party in the coalition, will serve as interim prime minister until new elections can be held.

"We are standing before you today in a moment that is not easy, but with the understanding we made the right decision for Israel," Bennett said in a televised statement as he stood alongside Lapid.