Lukashenko sworn in as Belarusian president 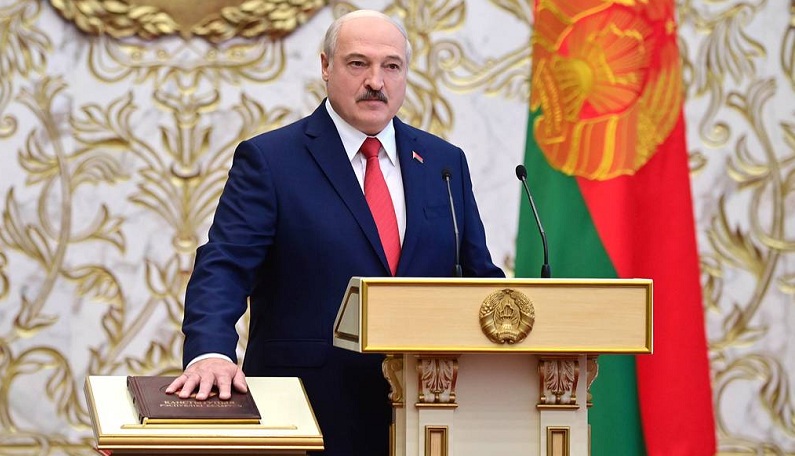 Alexander Lukashenko was sworn in as the Belarusian president on Wednesday, BelTA news agency reported.

The inauguration ceremony, attended by several hundred people, is taking place at Independence Palace. Lukashenko took the oath of office in the Belarusian language, putting his hand on the Constitution, and signed the certificate of the inauguration.

The ceremony was attended by senior officials, members of the parliament and heads of government bodies, local executive bodies, the national media, scientists, figures of culture and sports.