Moon much older than previous thought 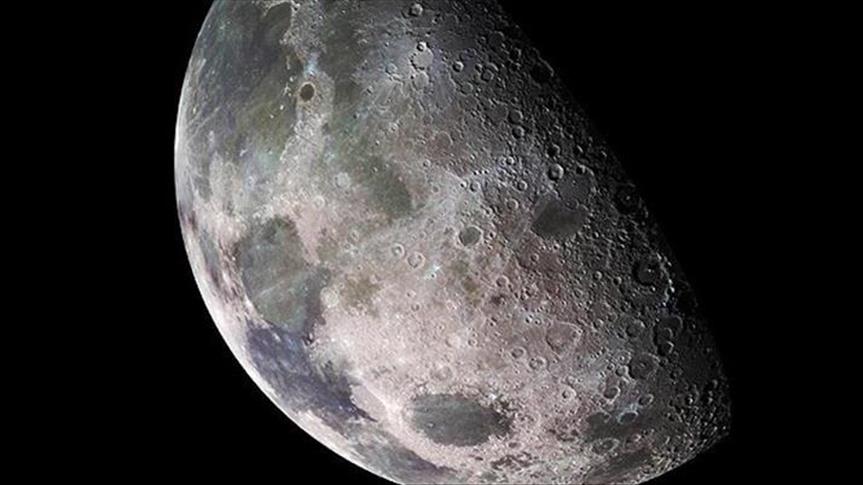 The moon is 4.51 billion years old -- significantly older than previous estimates, according to a report published Wednesday.

The study by the University of California, Los Angeles (UCLA) said the moon appeared just 60 million years after the solar system formed, according to Anadolu Agency.

To reach their conclusions, researchers studied rocks collected from the moon in 1971 by astronauts aboard the Apollo 14 mission.

Previous estimates suggested the moon formed 100 million to 200 million years after the solar system was born. Most astronomers believe the Earth formed 4.54 billion years ago.

Although no hard proof has been discovered, scientists generally believe the moon formed after one or more objects, perhaps as large as Mars, slammed into the young Earth and propelled a huge amount of rocky material into space. That material than came together to form the Earth’s only satellite.

Without knowing the precise age of the moon, investigating the theory has been extremely difficult.

“Establishing the age of the Moon is critical to understanding solar system evolution and the formation of rocky planets, including Earth,” the UCLA team said in the study’s body_abstract. “However, despite its importance, the age of the Moon has never been accurately determined.”

More than 40 years ago, astronauts Alan Shepard and Edgar Mitchell collected about 42 kilograms (92 pounds) of rock, along with a large amount of soil, while out on the lunar surface for nine hours.

Those samples contained tiny fragments of zircon, a mineral that proved to be key to the UCLA researchers’ dating breakthrough.

By conducting uranium-lead dating on the particles, many of which were smaller than grains of sand, the team estimated the moon was 4.51 billion years old.

And because the data is based on ancient minerals that first formed when the moon was coated in molten magma, researchers believe the new birthday for the moon is accurate.

The findings were published in the journal Science Advances.