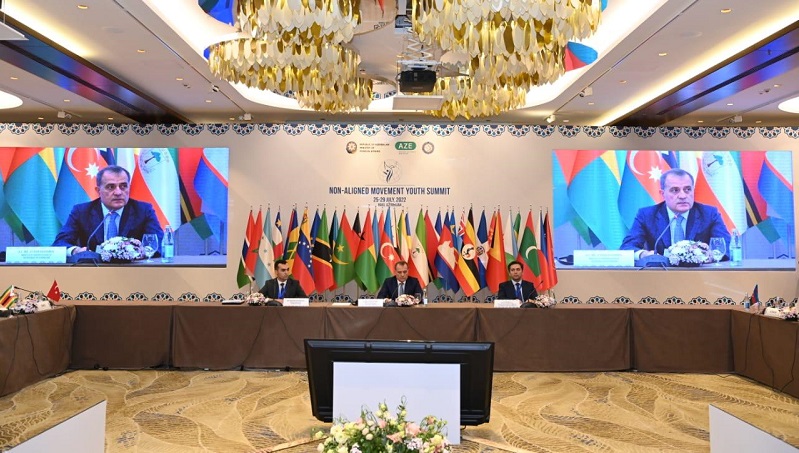 Speaking at the closing session of the summit, Bayramov noted that during its chairmanship, Azerbaijan has managed to ensure the revitalization of the organization, a correspondent of News.Az reports.

He stressed that the summit has demonstrated the ability to find common ground for action that will further lead to mutual cooperation and uphold the shared values of the organization.

The top diplomat said the participants of the NAM Youth Summit will make a trip to Shusha, the cultural capital of Azerbaijan.

“The Youth Summit in Baku was very productive, and a final document will be adopted in Shusha tomorrow,” he added.

Bayramov stressed that Azerbaijan remains committed to the Bandung Principles.

The minister also pointed out the importance of youth development.