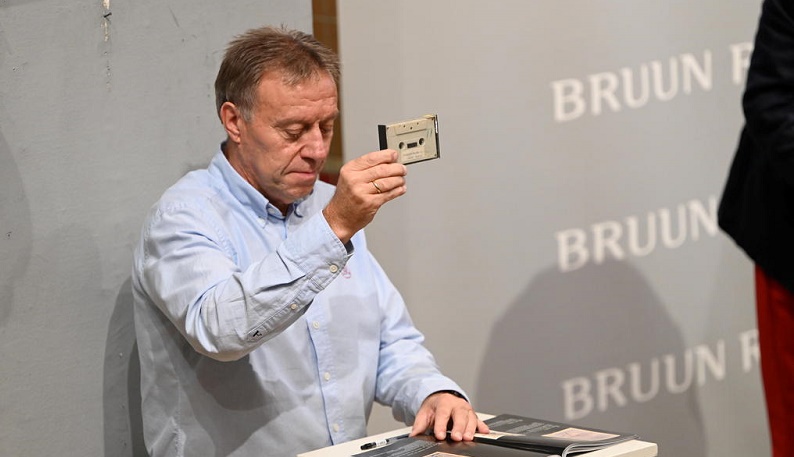 A cassette tape recording of an interview with John Lennon and Yoko Ono, including a never-released song, made while they visited Denmark in 1970 sold for 370,000 Danish crowns ($58,300) at an auction in Copenhagen on Tuesday, Reuters reports.

The tape, featuring the song "Radio Peace", was recorded on Jan. 5, 1970 by four 16-year old Danish boys who had succeeded in getting an interview with the couple for a school magazine.

It was not immediately known who the buyer is.

During the 33-minute recording, Lennon speaks about the couple's peace campaign, his frustration with the Beatles' image, and the length of his hair.

The recording also features the pair humming along to Christmas songs while dancing around a Christmas tree, and Lennon playing the guitar and singing "Give Peace a Chance" and "Radio Peace".

Lennon and Yoko Ono arrived in northern Denmark in late December 1969 and stayed at an isolated farm for more than a month, according to the auction house.

On the recording, the teenage boys ask how they can aid Lennon and Ono in their quest for world peace, to which Lennon responds: "If you can't think of any idea yourself, imitate what we do. Just sit down and think, what can I do locally?"