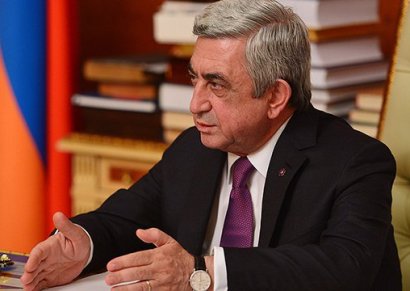 The situation is quite tense at the ruling Republican Party of Armenia (RPA), in connection with the rating MP candidates for the forthcoming parliamentary election, according to Zhamanak (Time) newspaper.

“Zhamanak has learned that [President and RPA Chairman] Serzh Sargsyan is personally summoning all candidates, and advising [them] that they need to be nominated with the rating electoral system.

“[And] Serzh Sargsyan is obligating whoever that dares to disagree with the boss’s proposal to pay up to one million [US] dollars to the overall ‘budget,’ since, until then, they were given the freedom to make money.

“The rich objectors are reluctant, but they pay the amount. The RPA is refreshing its ‘face’ on their account,” wrote Zhamanak.