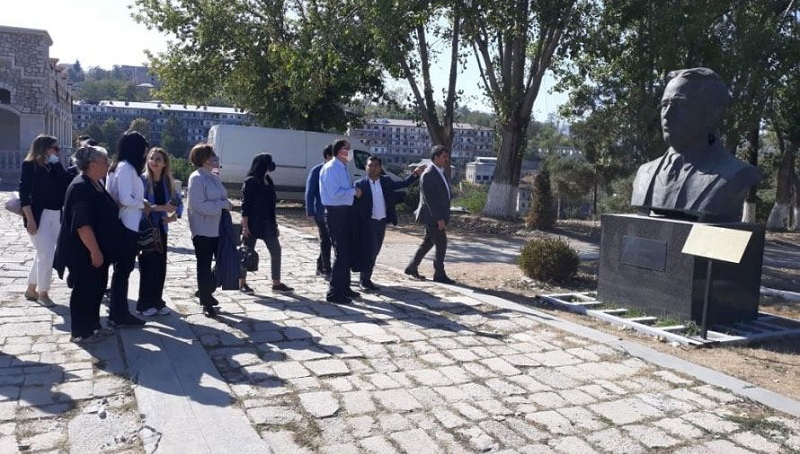 The delegation of the Organization of Islamic Cooperation Ombudsman Association (OICOA), which arrived in Azerbaijan at the invitation of the Human Rights Commissioner (Ombudsman) of Azerbaijan, Sabina Aliyeva, have visited the country's liberated territories.

On September 16, the delegation headed by the OICOA President, Chief Ombudsman of Turkey Seref Malkoc arrived in the city of Shusha on September 16.

The delegation, which also included the Advisor to OICOA president, Muhammad Javed Ghani, will view the facts of the destruction of historical and cultural monuments belonging to the Azerbaijani people by Armenia.

The mission to investigate the facts of crimes committed by Armenian in the Azerbaijani territories during the period of occupation is carried out jointly with the Azerbaijani ombudsman and staff of the Ombudsman’s Office.