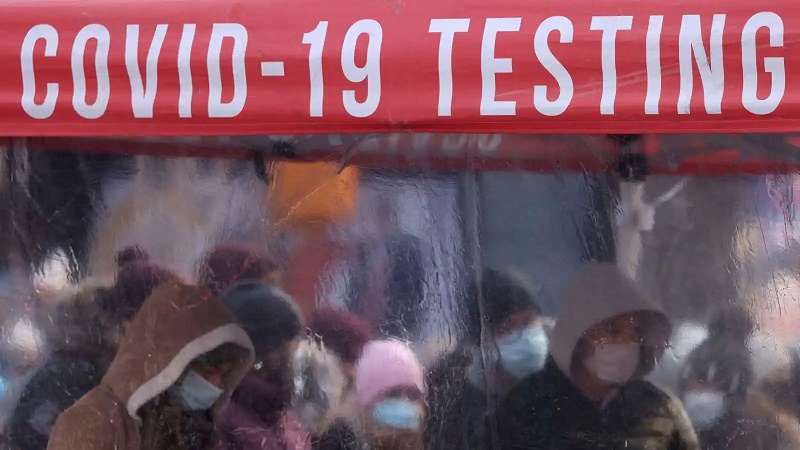 The World Health Organization on Friday warned that the omicron variant of coronavirus is spreading significantly faster than the delta variant, Anadolu Agency reports.

Consistent evidence shows that omicron has a substantial growth advantage over the delta, the UN agency said in an update.

“It is spreading significantly faster than the delta variant in countries with documented community transmission,” the WHO said.

“Growth rate estimates in South Africa are now declining, driven largely by the declining rates in Gauteng province,” which includes Johannesburg, it added. “It remains uncertain to what extent the observed rapid growth rate since November 2021 can be attributed to immune evasion or intrinsic increased transmissibility, but is likely a combination of both.”

“Omicron is a highly divergent variant with a high number of mutations, including 26-32 mutations in the spike protein, some of which may be associated with humoral immune escape potential and higher transmissibility,” the WHO said.

As of Dec. 22, the omicron had been identified in 110 countries across all six WHO regions.

Hospitalization is only one aspect of severity

According to WHO, the data on the clinical severity of patients infected with omicron is growing but is still limited. “Early data from South Africa, the United Kingdom, and Denmark suggest a reduced risk of hospitalization for omicron compared to the delta.”

“However, the risk of hospitalization is only one aspect of severity, which may be altered by admission practices,” it added. “More data across different countries are needed to understand how clinical markers of severity – such as the use of oxygen, mechanical ventilation, and deaths – are associated with omicron.”

At present, "it is still unclear to what extent the observed reduction in risk of hospitalization can be attributed to immunity from previous infections or vaccination and to what extent omicron may be less virulent,” it added.

The WHO said that according to preliminary data from several non-peer-reviewed studies, there is a reduction in neutralizing titers against omicron in individuals who have received a primary vaccination series or in those who have had prior SARS-CoV-2 infection.

“In addition, the increased risk of reinfection reported in the United Kingdom, as well as a growing trend of reinfection cases in Denmark and Israel, can be potentially attributed to immune evasion against omicron,” it added.

To date, there are still limited available data, and no peer-reviewed evidence, on vaccine efficacy against omicron, it said.