Opening up too fast can wipe gains in virus fight: WHO 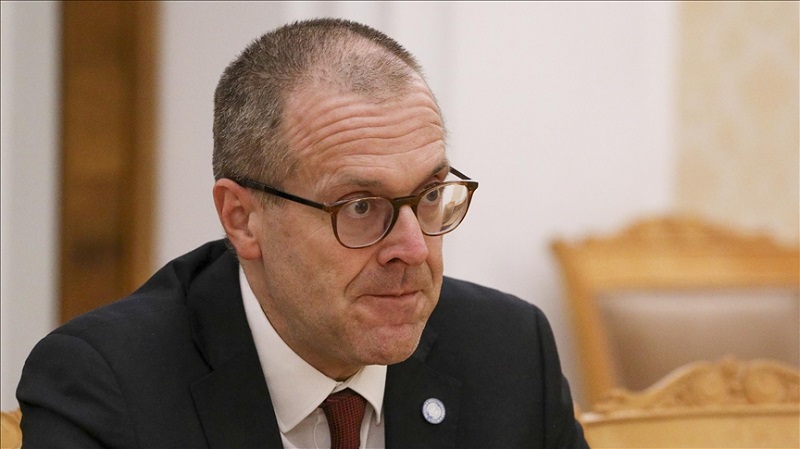 COVID-19 cases in the Europe region have declined for four straight weeks, creating a balancing act between vaccine expectations and a false sense of security, the World Health Organization's Europe chief said Thursday, warning against complacency.

"Right now, it's a thin line between the hope of a vaccine and a false sense of security," WHO Regional Director for Europe Hans Kluge said at a virtual press conference for journalists, noting only 1.5% of the region's population has received jabs.

"Vaccines are essential, but as of now, they are not sufficient to control the pandemic. They are only one among many tools at our disposal. What has not changed is how the virus transmits," Kluge said.

On Tuesday, the WHO regional chief noted that 40 countries in the European region reported 3,610 COVID-19 deaths in 24 hours.

He spoke of a virus variant's receptiveness first identified in South Africa to the Oxford AstraZeneca vaccine as being of concern and reported in 19 European countries.

"Although community transmission in Europe is not yet widespread, the variant has increasingly been linked to outbreaks in communities," said Kluge.

"Irrespective of the variant, we must continue to suppress the virus."
Using information from 29 out of 37 countries currently driving vaccination campaigns in the European region, 7.8 million people had completed their immunization or 1.5% of the population of the 29 nations.

On Wednesday, 17 states and territories in the European region had a 14-day incidence of the novel coronavirus, larger than 400 reported cases for every 100,000 people.

"This warrants measured decision making at this critical juncture. Time and again, have we seen countries reopen too fast and lose hard-earned gains," said Kluge, who also spoke of a decline in vaccine hesitancy.

He said that vaccine hesitancy was nothing new.

"We have seen this, whether it was with measles or other vaccination campaigns," said Kluge.

He said hesitance is stronger when there is a shortage of vaccines because people legitimately ask themselves about safety concerns and the development speed of a vaccine, which is currently historically unprecedented.

"When and if the vaccine becomes available in larger portions, that is when the hesitancy seems to drop," said Kluge, stressing the importance of having healthcare workers supporting the use of vaccines.

"And it's so important that they themselves are vaccinated as they're really the unsung heroes in this fight."

Claire-Anne Siegrist, director of vaccinology at the University Hospitals of Geneva, spoke on hesitancy to journalists at a separate virtual press conference of ACANU, the association of journalists covering the UN in Geneva.

In Switzerland, like in many countries, surveys in last year indicated that a small minority of the population was ready to take the vaccine, she said in answer to a question by Anadolu Agency.

"But this has changed completely. And for the first time in my vaccinology career, I am hunted day and night by people who say, where can I find the vaccine?" said Siegrist.

There has been a total perception change of vaccines' benefit.

"People are sick and tired, and I am too of going into confinement," said Siegrist, noting that the vaccines may be imperfect, but those all needing them to stay healthy should be able to receive them by May or June.