Pedro Castillo sworn in as president of Peru 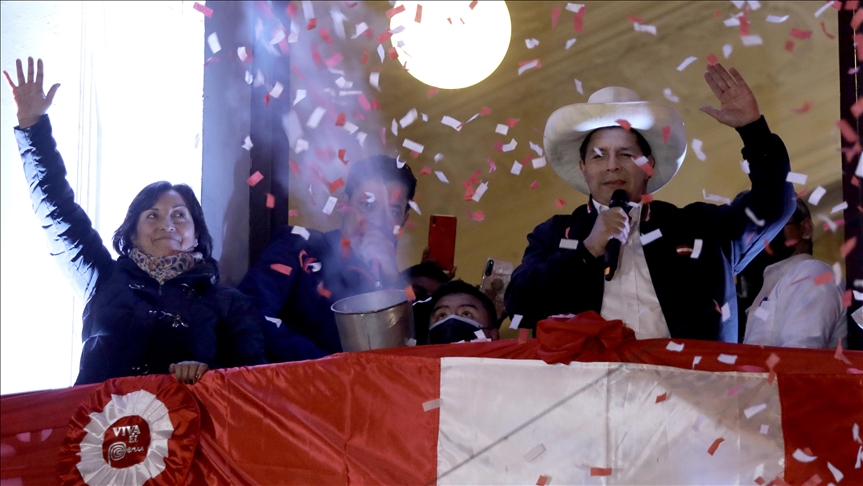 Pedro Castillo took office as president in Peru on Wednesday after that nation was in suspense for more than one month awaiting election results.

The 51-year-old farmer and union leader from the Peruvian highlands, who has been portrayed as a leftist and a conservative, took the reins of the country amid the coronavirus pandemic, deep economic crisis, and a history of political upheaval.

"I swear by God, by my family, by the peasants, by the native peoples ... fishermen, professionals, children, youth, that I will exercise the office of president in the 2021-2026 period. I swear for the people of Peru, for a country without corruption," he said in his inaugural address.

Castillo comes to power with the support of the rural poor but has no experience in national politics.

Three days of ceremonies are planned for the swearing-in of Castillo, who assumes power on the day Peru commemorates its bicentennial independence.