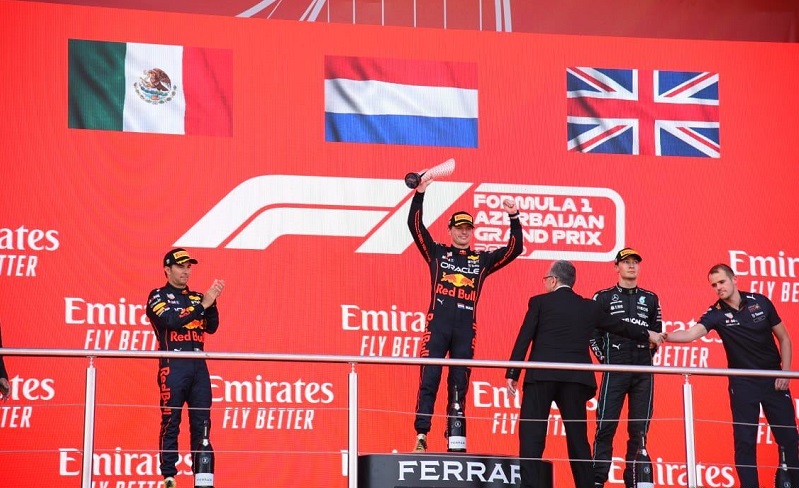 Red Bull’s Max Verstappen won the Formula 1 Azerbaijan Grand Prix on Sunday, as his world championship rival Charles Leclerc was forced to retire from the lead.

Ferrari's Leclerc – who pitted early under a virtual safety car caused by teammate Carlos Sainz's retirement – was leading the race when his power unit failed after 20 laps.

Red Bull's Sergio Perez had taken the lead at the start from poleman Leclerc and held it until teammate Verstappen passed him on Lap 15, both Red Bulls then pitting and allowing Leclerc back in front until his retirement soon after.

That gifted an easy win to Verstappen, who pulled well clear of Perez, to extend his world championship lead.