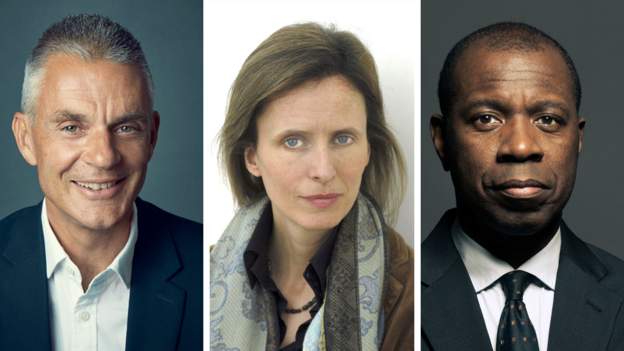 Its foreign ministry accused the sanctioned journalists of "intentionally spreading deceitful and one-sided information about Russia and the events in Ukraine and Donbas".

The statement also said they "contribute to fuelling Russophobia in British society".

As well as the 29 journalists, 20 "individuals linked with the defence industry" in the UK have been banned.

The Chief of Naval Staff Ben Key and senior figures at defence and aerospace firms BAE Systems and Thales UK are among those listed.

Russia's foreign ministry said the list was drawn up in response to "the anti-Russian actions by the British government, which imposed personal sanctions against leading journalists from our country and heads of companies in the Russian defence industry".