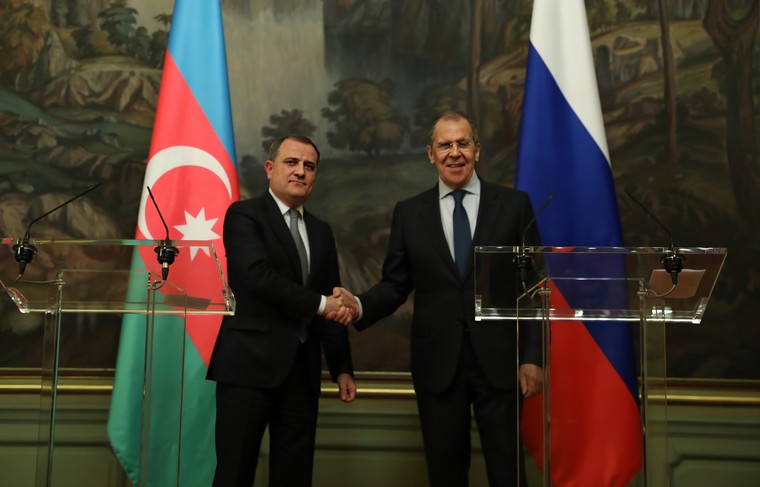 Although formally Sergey Shoigu's visit to Baku is associated with the holding of ArMY-2020, and Jeyhun Bayramov's visit to Moscow - with his appointment as head of the Ministry of Foreign Affairs, these events are not limited to just observing the protocol.

Andrey Petrov, Deputy Director-General of the Russian information-analytical agency "Vestnik Kavkaza" expressed the due opinion in a conversation with News.Az

"A month and a half ago the conflict between the Russian ally Armenia and the Russian partner Azerbaijan acquired a completely new dimension due to Yerevan's provocation of artillery battles on the border with Tovuz region. Although it is now said that the scale of the clash was small - a limited area of fighting, low official losses on both sides, the short duration of the hot phase - its significance for the history of the Nagorno-Karabakh conflict is crucial, as Armenia tried to present itself as a victim of an attack on the state border and thus force Russia and other CSTO members to oppose Azerbaijan," he said.

According to him, if earlier Yerevan tried to draw less attention of its allies to its war crimes, then in July it demanded that Moscow, Minsk and Astana take part in such a crime.

"There was no way Russia could leave this attempt to embroil it with Azerbaijan unanswered. And here is a military-diplomatic response: Sergey Lavrov personally invites Jeyhun Bayramov to Moscow, and Sergey Shoigu leaves for Baku. Thus, Russia emphasized that Azerbaijan remains its reliable strategic partner both in international politics and in the framework of military-technical cooperation. It is extremely important that at the meeting with Bayramov Lavrov rejected all claims of Yerevan to change the format of the peace process: he once again stressed that the parties to the conflict and, consequently, its settlement are only Azerbaijan and Armenia, and no third party can be there, stated the validity of all documents, agreements and plans of previous years, which Prime Minister Nikol Pashinyan does not want to recognize, and called for prompt substantial negotiations," the political scientist is confident.

The expert also stressed that Sergey Shoigu, in turn, confirmed the inviolability of Russian-Azerbaijani relations in the field of defense and security, thereby denying Yerevan in the hope of any chance to use the allied status to pressure Russia in the issue of a possible resumption of active hostilities against Azerbaijan.

"Both visits recorded the current state of relations between Russia and Azerbaijan as good-neighborly, mutually beneficial cooperation with a full understanding of the parties and absence of any problems, as well as voiced the desire of Moscow to bring Yerevan back to the negotiating table and bring the settlement to a practical stage. Let's see how Armenia will react to the large-scale and clear geopolitical statement," concluded A. Petrov.