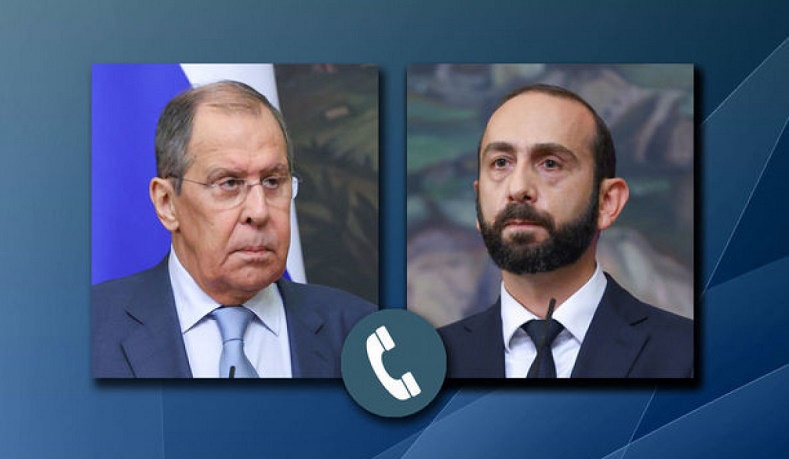 Armenian and Russian Foreign Ministers Ararat Mirzoyan and Sergey Lavrov pointed to the importance of creating mechanisms for the demarcation and delimitation of the Armenian-Azerbaijani border during their telephone conversation on Wednesday, press service of Russian MFA said on Wednesday, News.Az reports citing TASS.

Lavrov and Mirzoyan discussed the implementation of trilateral agreements on Karabakh and confirmed Moscow and Yerevan's interest in unblocking transport and economic ties in the South Caucasus as soon as possible, the Russian Foreign Ministry said in a statement.

"The ministers discussed topical issues of the bilateral and regional agenda and exchanged assessments on the implementation of the Sochi agreements of the leaders of Azerbaijan, Armenia and Russia of November 26, 2021. They agreed to take additional steps to begin practical work on the delimitation of the Armenian-Azerbaijani border with its subsequent demarcation. The sides confirmed mutual interest in the speedy implementation of measures to unblock transport and economic ties in the South Caucasus," the Russian Foreign Ministry said.