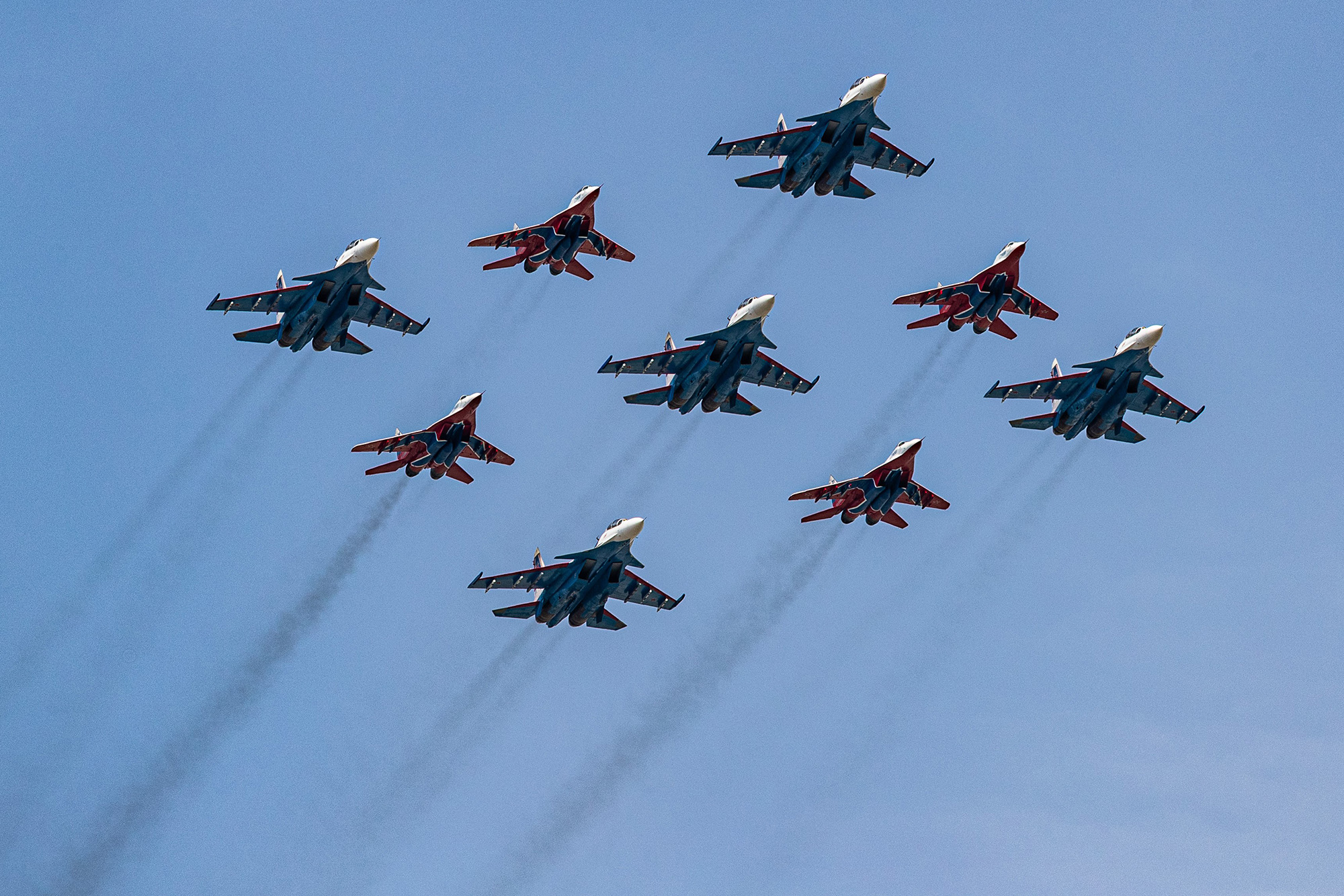 The decision raised eyebrows among foreign military analysts watching Moscow's Victory Day parade on Monday. The parade had been expected to feature 77 aircraft flying over the capital's Red Square, including eight MiG-29 fighters flying in a “Z” formation to show support for Russian troops fighting in Ukraine.