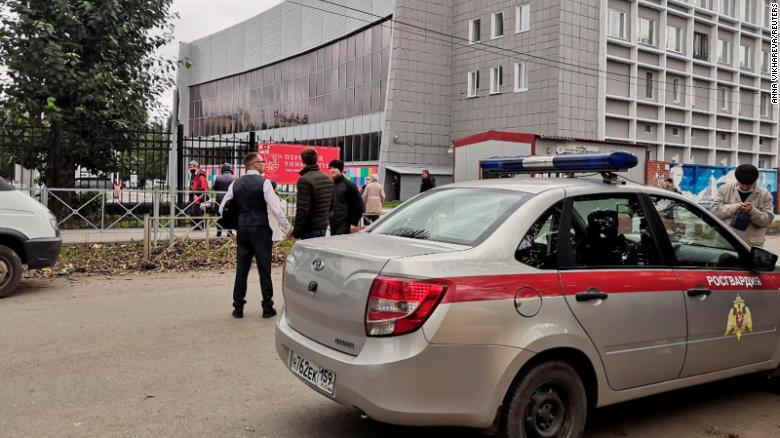 A gunman killed 13 people, including seven children, and injured 21 others at a school in the Russian city of Izhevsk in the Udmurtia region, the Investigative Committee said on Monday, News.Az reports citing Anadolu Agency.

Earlier, the Russian Interior Ministry had said that six people were killed in the incident.

The shooter killed himself and his body was found at the crime scene, a ministry statement said.

Teachers and schoolchildren were evacuated following the incident, it said.

Alexander Brechalov, the regional governor, arrived at the school and said security and ambulance teams are also present at the site of the incident.

Some 982 children study and 80 teachers teach in the school which is located near the city administration building in the center of Izhevsk.