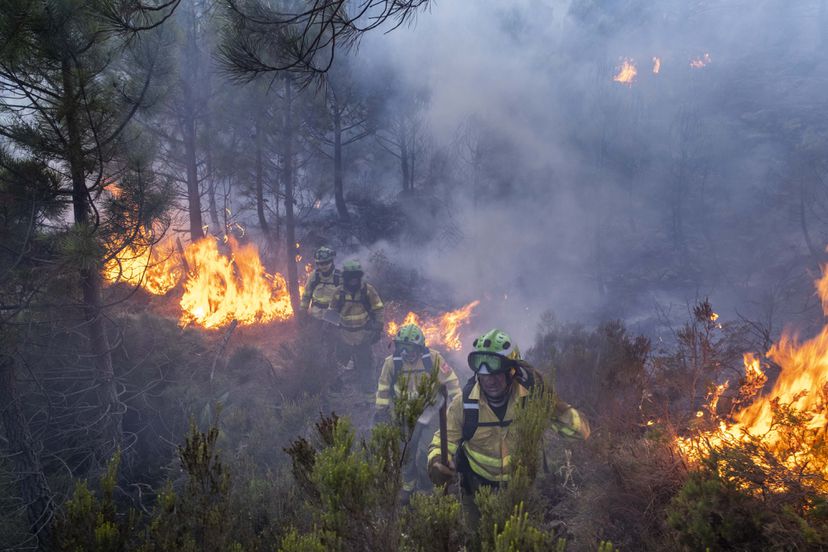 Hundreds of soldiers were on Sunday deployed in Andalusia to help battle a major wildfire that has forced thousands to flee, Euronews reported.

At least 260 troops from the Emergency Intervention Battalion were sent in to protect the towns of Jubrique, Farajan, Genalguacil and Pujerra in the province of Malaga, southeastern Spain.

The blaze, which entered its fifth day on Monday, has destroyed nearly 7,000 hectares of forest and forced the evacuations of about 2,500 people.

Nearly 1,500 residents from Jubrique, Genalguacil and four other villages were evacuated on Sunday. Over 1,000 had already been preventively removed from their homes around the resort town of Estepona, which is popular among tourists and foreign expats.

"We are talking about a fire of unusual power and strength compared to the fires we are used to seeing," Alejandro Garcia, a fire service official, told reporters about the decision to deploy soldiers.

The reinforcement was welcomed but firefighters like Rafael Fanega, who said the blaze was still “out of control," called for more boots on the ground to battle the flames.

“I don’t see enough deployed personnel," Fanega said from Jubrique after it was evacuated. "Some may see it differently, but that’s how I see it.”

A 44-year-old firefighter died Thursday while trying to extinguish the blaze.

More than 600 professionals have been deployed to fight the fire and help the inhabitants, according to the regional government of Andalusia. They are being supported by water-bombing planes and numerous helicopters.

According to the ministry, the fight against this fire is made difficult by the "particularities of the terrain", characterised by steep slopes, but also by "unfavourable weather conditions".