Tesla may have some new competition 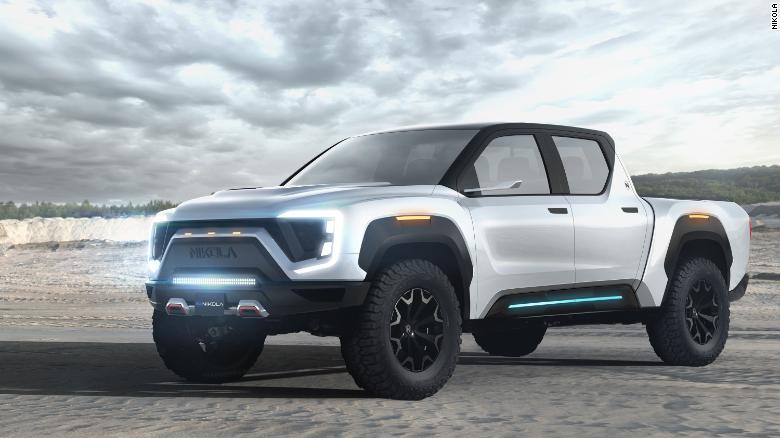 Elon Musk and Tesla may have some new competition - in the auto market, on Wall Street and on social media.

Nikola, a company that makes hydrogen fuel cell and battery-powered electric trucks, just went public. Its stock has more than doubled over the past few days. And Nikola's chairman is bragging about it on Twitter.

Shares of Nikola - the first name of the famous inventor Tesla - are up more than 120% since it completed a merger with an already public shell company named VectoIQ on June 3.

The stock jumped 103% on Monday alone, though it plunged 22% early Tuesday morning in volatile trading along with the broader market before bouncing back. Nikola shares finished the day with a 9% gain.

Tesla shares, which have also skyrocketed lately to a near-record high, ended the day down 1%.

Monday's meteoric gains came after Nikola founder and executive chairman Trevor Milton issued a series of tweets touting pre-orders for the company's Badger truck. Shares were up another 27% at the open Tuesday before plummeting.

Nikola already has announced sales to big customers, including an 800-truck order from Budweiser brewer Anheuser-Busch InBev and a multimillion-dollar order with freight shipper US Xpress Enterprises.

The company has also landed some top auto industry talent as it seeks to take on Tesla, which plans to launch both an electric semi and its futuristic Cybertruck. Nikola announced last week that former GM vice chairman Stephen Girsky, who had been CEO of VectoIQ, is now on its board.

One of Nikola's top investors is CNH, a global industrial conglomerate that makes tractors, buses and construction equipment. CNH said Monday that its IVECO commercial vehicle subsidiary now owns a 7.1% stake in Nikola.