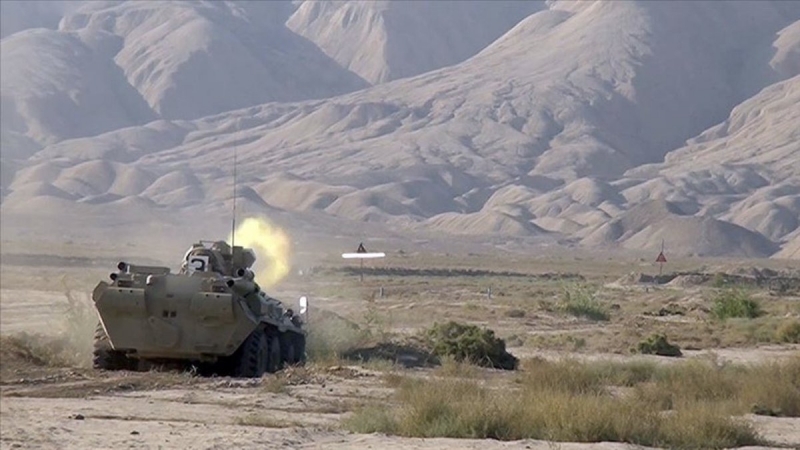 News.Az presents the article by Robert M. Cutler, a Fellow at the Canadian Global Affairs Institute and a Practitioner Member of the Waterloo Institute for Complexity and Innovation, the University of Waterloo.

The Second Karabakh War has revealed the intellectual bankruptcy of the West’s penchant for grand strategic thinking, which stereotypes the interests of regional powers by viewing them through a pre-twenty-first-century lens. Even the thoroughly discredited trope about Nagorno-Karabakh (“Highland Karabakh”) being a Christian-Muslim conflict made a recent reappearance in a major popular American magazine and among the inside-the-Beltway commentariat, which should certainly know better.

Other myths include the inevitability of zero-sum games and a reductionist view of the conflict as an energy-based dispute between Turkey and Russia over the former’s decreased natural gas imports from the latter. Turkey’s imports from Russia have fallen as the country has increased both its natural gas imports from Azerbaijan through the Southern Gas Corridor and its degasification capacity for liquefied natural gas. One clear energy security result of the Second Karabakh War is that no one need be concerned any longer about Armenia cutting off the gas corridor from the Caspian Sea region to Europe.

Meanwhile, influential strategic circles in Moscow are finally coming to grips with the fact that the Soviet Union represented the high-water mark of the Russian Empire. It would be surprising if such an evolution in strategic orientation had not occurred by now, nearly thirty years after the breakup of the USSR, during which time an entire generation has grown up and been educated. The political scientist Emil Pain has for some time argued that Russia is “between empire and nation,” while the Russian foreign-policy establishment lately contends that it is not necessary for Russia to choose between those alternatives. This ambivalence complicates, however, the necessary adjustment of Russia’s self-conception and national strategy to the present-day context.

Russia now has troops on the territory of all three South Caucasus countries for the first time in almost thirty years: in Azerbaijan, in Upper Karabakh; in Armenia, at the military base at Gyumri plus an airbase near Yerevan; and on Georgia’s internationally recognized (by a multitude of UN Security Council Resolutions) territory, in Abkhazia and South Ossetia. Some circles in Moscow are arguing that Armenia should be converted from a client state into a vassal state, becoming Russia’s main military outpost in the South Caucasus and thus losing any hope of its own strategic autonomy.

Russian troops have already assured the withdrawal of Armenian military forces from the seven formerly occupied districts surrounding the territory of the old Nagorno-Karabakh Autonomous Oblast (NKAO), which the early Soviet regime had administratively separated from Lowland Karabakh, carefully gerrymandering the boundaries to make certain that it had an ethnic Armenian majority.

Turkish personnel will participate in monitoring the situation by remote-sensing means in a station located just outside NKAO territory. In theory, Azerbaijan could invite Turkish military personnel anywhere onto its sovereign territory, including the formerly occupied districts, but this seems unlikely.

Russian peacekeeping troops will stay in the “rump” portion of Upper Karabakh not recaptured by Azerbaijani forces on the ground before the cessation of military hostilities. They will also remain along the Lachin Corridor, which links the city of Khankendi/Stepanakert to Armenian territory and is so named because it passes close by the city of Lachin. Under the terms of the ceasefire agreement, they will remain for five years, renewable for continuing five-year terms unless either Armenia or Azerbaijan objects.

Some Western, particularly Washington-based, commentators are calling Iran the big strategic loser. This is not the case, at least not yet. To be sure, Baku’s victory is not in Tehran’s general interest, because the corridor between Nakhchivan and the main body of Azerbaijan will diminish Azerbaijan’s dependence on Iran. Yet Iran seems to realize its limitations in the region now, particularly since it changed its attitude of strategic hostility against Azerbaijan several years ago. It is possible that Iran may be ready for more constructive cooperation, particularly if it would benefit the ethnic Azerbaijanis in northwestern Iran in a way that is nonthreatening to the regime in Tehran.

The EU could play a helpful role if it is able to avoid yet another inward-looking cycle of self-recrimination that threatens to manifest in agonies over its impotence in the age of a so-called “geopolitical (European) Commission.” The main point for the EU might be to convince Armenia to abandon territorial claims and instead work toward regional cooperation with Azerbaijan and Turkey.

Until now, EU diplomacy in the region has tilted heavily in Armenia’s favor, due mainly to France’s weight as one of three co-chairs of the OSCE Minsk Group. The numerous Armenian waves of migration to France have had a very influential effect on this French tilt. But even noted international observers who had previously tilted to the Armenian side are admitting that France’s recent conduct has stripped away any pretension to impartiality.

This conduct includes not just the most recent vote by both houses of the French legislature encouraging the government to “recognize” Nagorno-Karabakh. It dates back to the very start of the recent hostilities early in the conflict in late September, when President Macron convolutedly blamed Turkey for “disinhibiting [décomplexant] Azerbaijan regarding what would be a reconquest of Upper Karabakh, something that we would never accept” (emphasis supplied), adding, “I say to Armenia and to Armenians that France will play its role,” ostensibly to prevent such a reconquest from coming to pass.

This was a most remarkable declaration in view of the following facts: (1) the international community and the United Nations, through numerous Security Council Resolutions, have never failed to affirm that Upper Karabakh is an integral part of the recognized territory of the Republic of Azerbaijan, and (2) the UN Charter’s Article 51 empowers Azerbaijan to defend its own territory.

Despite subsequent diplomatic clarifications, France abnegated its impartiality and can no longer be a credible interlocutor for any further settlement of the basic conflict. To improve the EU’s leverage in the South Caucasus, other member-states would have to step in for the now discredited France. The strongest candidates to take over France’s heavyweight position in the formation of EU policy in the South Caucasus would be Germany and Italy, which have important economic relations with Azerbaijan, as well as with Georgia.

In the end, the agreement that was reached for the cessation of military hostilities could indeed open a path to regional cooperation. This may astound some Western grand strategists, but the traditional imperial rivalry between Russia and Turkey has the potential to transform into a genuinely cooperative relationship, and not just through a military-based entente. In fact, there are objective characteristics of the general and the regional international systems that are conducive to such a development.

American diplomacy, as well as specific practical measures by the EU and other international organizations, could usefully support general connectivity issues benefiting Armenia, including the Azerbaijan-Nakhchivan Corridor, which will link Azerbaijan’s exclave Nakhchivan with the main body of Azerbaijan itself. It has been agreed, as part of the cessation of military hostilities, that this connection will pass through the territory of Armenia adjacent to its border with Iran and be administered by the Border Service of Russia’s Federal Security Service.

American and European diplomacy could play a constructive role by helping to guarantee minority rights for Armenians within Azerbaijani territorial integrity, to restore the rights of Azerbaijanis to visit the lands where they and their parents and grandparents were born in Armenia, to reconcile the parties, and to rebuild destroyed areas and structures, including both Islamic and Christian cultural monuments there.