Ties between Turkey, Azerbaijan will only grow stronger - envoy 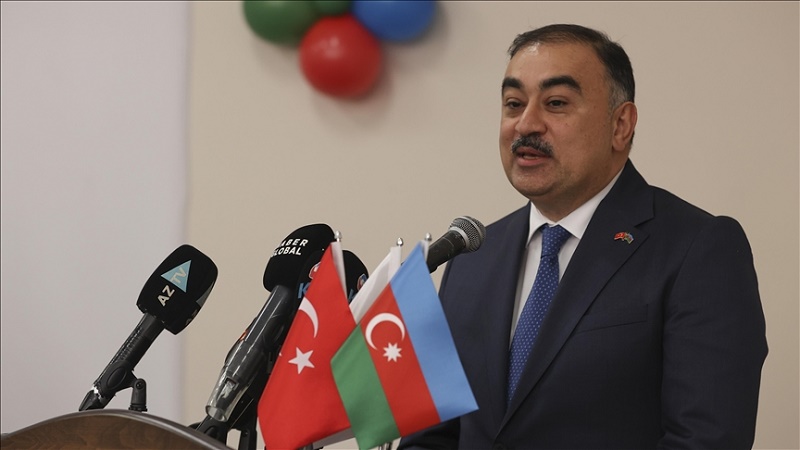 Turkey and Azerbaijan will continue to back each other and keep strengthening their bilateral ties, Baku’s envoy in Ankara said on Thursday.

Relations between Azerbaijan and Turkey cannot be compared to any other nations as we see each other as brotherly countries and people of the same nation, Ambassador Rashad Mammadov said in an interview with Anadolu Agency.

He said cooperation between Baku and Ankara significantly contributes to international security, peace, development and stability, as both countries are at the forefront of the global fight against terrorism.

Mammadov lauded Ankara for its steadfast support for Azerbaijan’s efforts to reclaim its territory that was occupied by Armenia.

He said Turkey viewed the issue as its own and brought up the matter at all forums, adding that a “3+3” platform was proposed to Armenia to ensure development in the region through peaceful cooperation.

On bilateral trade, Mammadov said Turkey and Azerbaijan have the potential and capability to achieve their objective of $15 billion.

Diversified and enhanced investments will be key to reach the goal, he added.

The ambassador said the opening of the Zangezur corridor, which connects Azerbaijan to its Nakhchivan exclave, will boost connectivity of all Turkic countries and provide new alternatives for global transport operations, particularly between Europe and Asia.