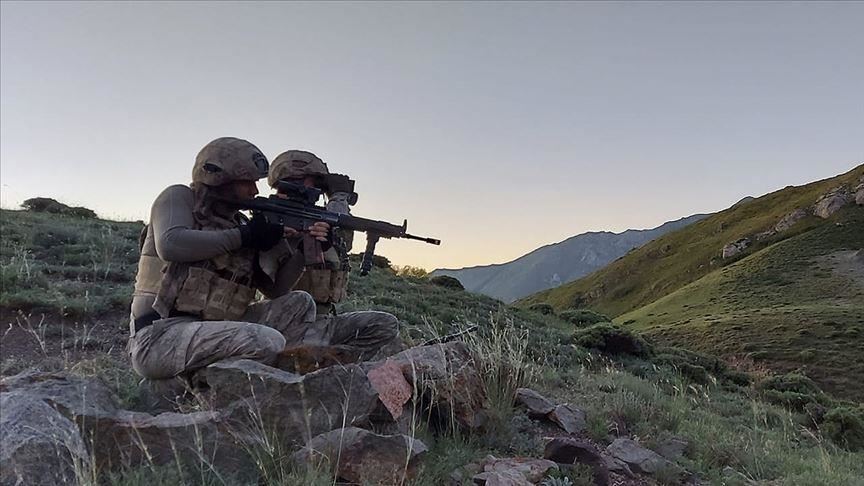 Turkish security forces “neutralized” more than 100 terrorists in July, a government official said on Wednesday, according to Anadolu Agency.

Catakli added that five of them were on the gray category of the Interior Ministry's wanted terrorists list with up to a bou nty of 500,000 Turkish liras ($71,246) on each head.

The wanted list is divided into five color-coded categories, with red as the most wanted, followed by blue, green, orange and gray.

Turkish authorities often use the term "neutralized" to imply the terrorists in question surrendered or were killed or captured.

“We are determined to eliminate terrorism from the country's agenda,” Catakli said, stressing that the country continues the fight against terrorism without any letup.

In July, Turkey carried out a total of 11,057 counter-terrorism operations in rural areas and 1,509 in provincial areas, he said.

During the operations, a total of 48 caves and shelters used by terrorists were destroyed, and 40 mines, 610 kilograms (1,344 pounds) of explosives, 60 weapons, and various kinds of ammunition were seized.

In its more than 30-year terror campaign against Turkey, the PKK – listed as a terrorist organization by Turkey, the US and European Union – has been responsible for the deaths of 40,000 people, including women, children and infants.