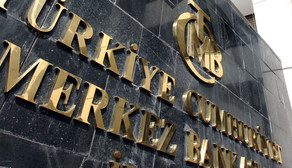 The Central Bank of Turkey (TCMB) in its next meeting held on March 16 increased the late liquidity window rate by 0.75 basis points to 11.75 percent.

With the new decision, the benchmark policy rate remains at 8.00 percent, and the upper and lower bands of the interest rate corridor are respectively maintained at 7.25 percent and 9.25 percent.

US dollar exchange rate started to drop after decision of TCMB. Thus, the exchange rate dropped by 1% to 3.6450 TRY/USD from 3,69 TRY/USD earlier today. Report’s expert group expects US dollar to go down until 3.55 TRY/USD: “It must be noted that upcoming referendum in Turkey can temporarily raise exchange rate of US dollar. But at later stage it will fix at 3.50-3.55TRY/USD”.