Turkey's parliament votes in favor of constitutional reform in first round 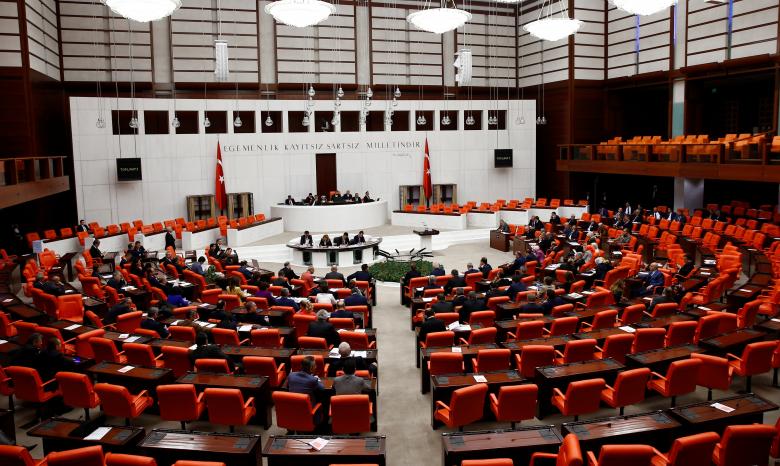 If parliament gives final approval to the constitutional package it will be put to a referendum expected in the spring.

Turkey's parliament has voted in favor in a first round ballot on a constitutional bill that will extend President Tayyip Erdogan's powers, which opposition politicians say could put the country at risk of growing authoritarianism, according to Reuters.

The assembly approved the final 18th article of the package late on Sunday and according to parliament regulations will now take a two-day break from the talks before a second round of voting during which any changes to the articles will be debated.

The ruling AK Party, backed by the nationalist MHP, is pushing through legislation that Erdogan says will bring strong executive leadership needed to prevent a return to the fragile coalition governments of the past.

If parliament gives final approval to the constitutional package it will be put to a referendum expected in the spring.

The reform will enable the president to issue decrees and will allow him to be a member of a political party. The plans envisage presidential and general elections in 2019 with a president eligible to serve a maximum two five-year terms.

The bill needs the support of at least 330 deputies in the 550-seat assembly to go to a referendum. The AKP has 316 deputies eligible to vote and the MHP 39.