Turkmen petroleum products to be transported via Georgia 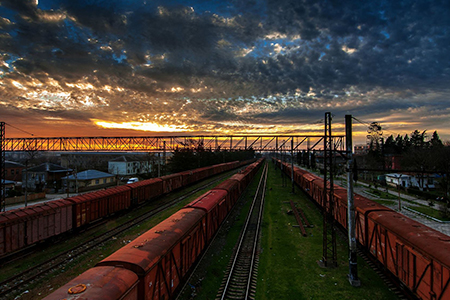 Up to 200, 000 tonnes of oil was transited via Georgia in 2007-2008. Due to the military conflict with Russia in 2008 the load was transported via a different route”, said Georgian Railways, agenda.ge reported.

Georgian Railway have been conducting active negotiations together with government officials concerning the restoration of the transport corridor since 2013.

After long-term negotiations, Georgia has managed to reach an agreement with Turkmenistan on transporting its petroleum products via Georgia”, said Georgian Railways.

1.5 million tonnes of oil will be transited annually through Georgia, bringing with it about 60 million GEL (approximately $22 million/€20 million*) to state coffers.

The agreement will promote employment at transit points and terminals throughout Georgia, reported Georgian Railways.