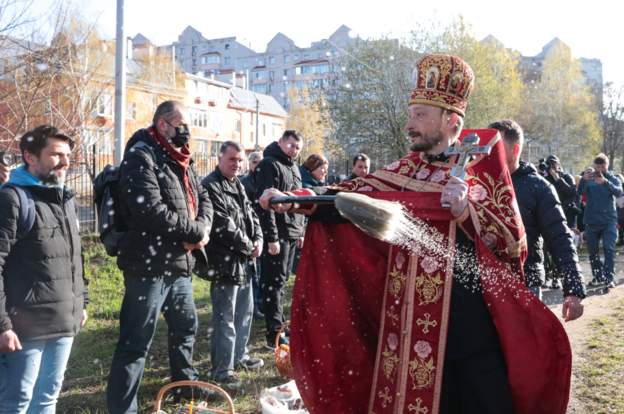 The Ukrainian Orthodox Church has declared its "full autonomy and independence" from the under Moscow Patriarchate (UOC-MP), condemning the stance Russian religious leaders have taken on the war in Ukraine, News.az reports citing UNIAN.

"We disagree with the position of Patriarch Kirill of Moscow," the UOC-MP said in a statement after a council meeting in Kyiv, referring to the head of the Russian Orthodox Church (ROC).

It is the second schism in Ukraine in recent years, with part of the Ukrainian Orthodox Church breaking away from Moscow in 2019.

The Orthodox Church of Ukraine (OCU) was then granted a degree of independence, or the tomos, by the Ecumenical Patriarchate of Constantinople.

Talks on the unification of the Ukrainian Orthodoxy between the UOC-MP and the OCU have so far brought no breakthrough.

Ukraine is hugely significant for the ROC, with many parishes and some of its most important monasteries located there.