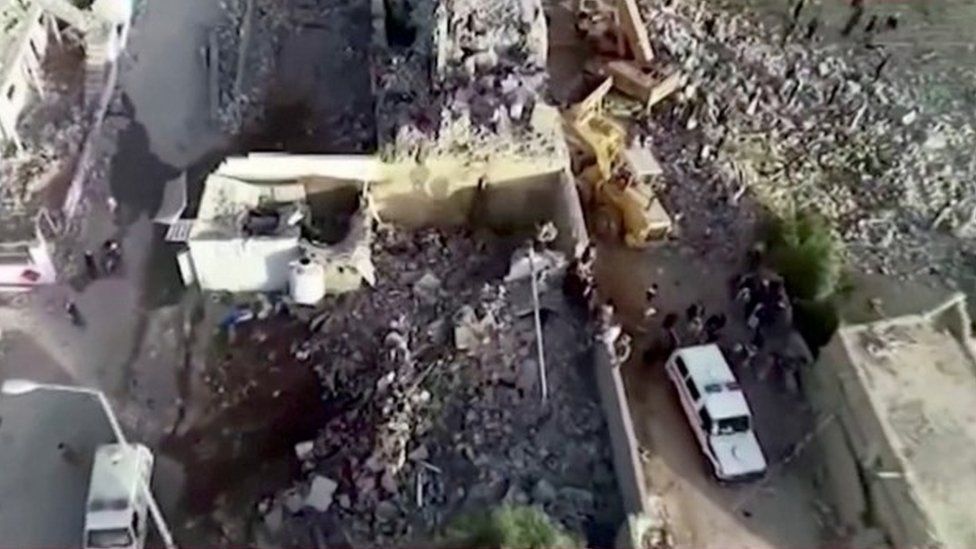 The UN has condemned an air strike on a Yemen detention centre that has killed more than 70 people, News.Az reports citing BBC.

The facility in Saada, a stronghold of the rebel Houthi movement in north-western Yemen, was hit on Friday.

UN Secretary General Antonio Guterres said in a statement that the "escalation needs to stop".

In a statement on Saturday, the Saudi-led coalition fighting Houthi rebels in the country denied it had carried out the air strike.

The coalition also said the site was not on a list of targets to avoid that had been agreed with the UN and had not been reported by the Red Cross.

Saudi-led coalition forces have been fighting Houthi rebels since 2015. Tens of thousands of civilians, including more than 10,000 children, have been killed or wounded as a direct result of the fighting.

Millions have been displaced and much of the population stands on the brink of famine.

Hours after the air strike, rescue workers were still pulling bodies out of the rubble, and hopes of finding survivors are fading, says BBC Middle East correspondent Anna Foster.

The exact death toll is unclear. Médecins Sans Frontières (MSF) said at least 70 people were killed, though the number is expected to rise.