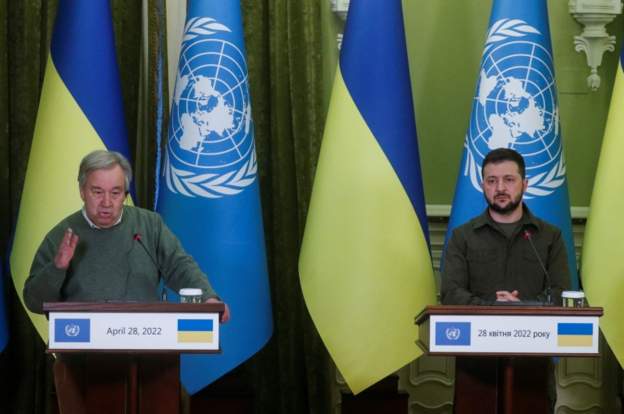 UN Secretary-General Antonio Guterres has criticized his own organization's security council for failing to prevent or end the war in Ukraine, News.az reports citing BBC.

He says: "Let me be very clear: the security council failed to do everything in its power to prevent and end this war, and this is a source of great disappointment, frustration, and anger. But the men and women of the United Nations are working every day for the people of Ukraine, side by side, with so many brave Ukrainian organizations."

He says he's had "intense discussions" with President Zelensky to make an evacuation from Mariupol a reality.