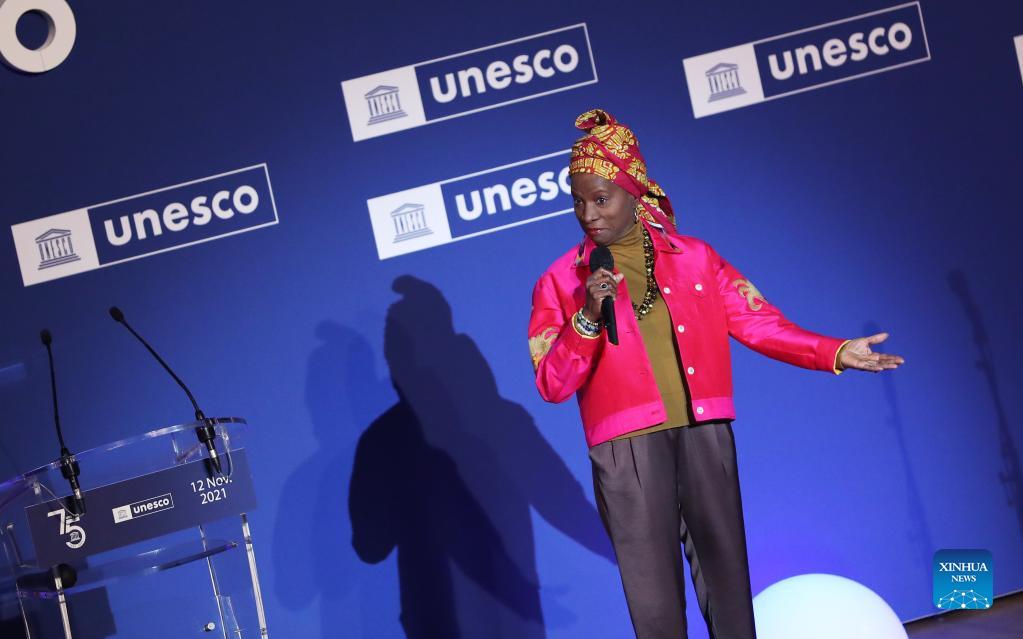 Some 28 heads of state and government gathered Friday evening in Paris to celebrate the 75th anniversary of the United Nations Educational, Scientific and Cultural Organization (UNESCO).

In his video message, UN Secretary-General Antonio Guterres praised the role of UNESCO in promoting dialogue and mutual understanding.

"At a time of great inequalities, environmental crisis, polarization and the global pandemic, UNESCO's role is more critical than ever to restore trust and solidarity, to ensure greater access to education for all, promote cultural diversity and steer technological progress for the greater good," the UN chief said.

The work carried out by UNESCO proves its importance in "a more networked, inclusive and effective multilateralism that delivers tangible benefits for people across the world," he said.

Audrey Azoulay, the newly re-elected director-general of UNESCO, said that the UN agency was established "based on a strong conviction ... that peace should be established upon the foundation of the intellectual and moral solidarity of humanity."

She highlighted the role of UNESCO, noting it played as an "essential tool" during the COVID-19 pandemic.