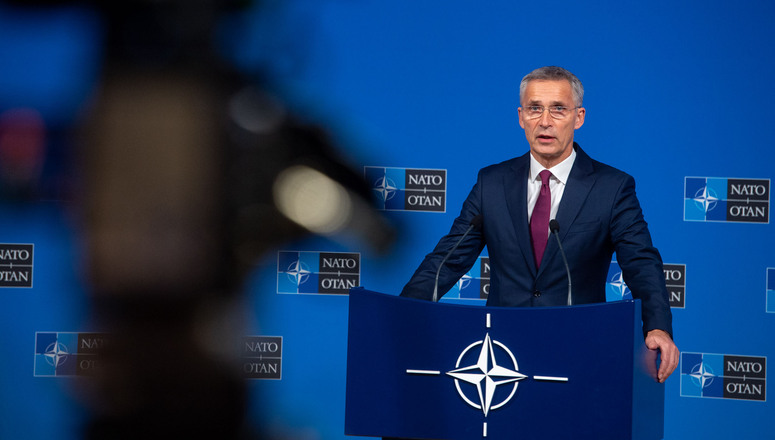 This week’s meeting of NATO defense ministers is expected to focus on the alliance’s next steps to beef up its defensive presence in eastern Europe in the wake of Russia’s invasion of Ukraine according to NATO and US officials, News.az reports citing CNN.

“It’s going to put meat on the bones” of a further NATO response, one US official said of the minsters goal.

Discussions, in part, will center around whether additional steps are needed to beef up NATO reaction forces and possibly add more troops to the mix. However, decisions must still be made about what other tasks the reaction force would take one, the official said.

There is expected to be some discussion of adding more forces under the NATO flag to the response force, and putting some command and control, including some provided by the US, possibly under the NATO flag according to both a US and also a NATO official.

There is also expected to be a discussion of air defense capabilities in the eastern flank and whether there is currently enough there. This could involve everything from adding more capabilities, to moving things already there under a NATO flag.

White House officials are also in early discussions about having President Joe Biden travel to Europe soon amid the ongoing Russian invasion of Ukraine, according to multiple sources familiar with the planning.

The trip would come on the heels of visits of several top aides, including Vice President Kamala Harris and Secretary of State Antony Blinken.

No trip has been finalized or announced.