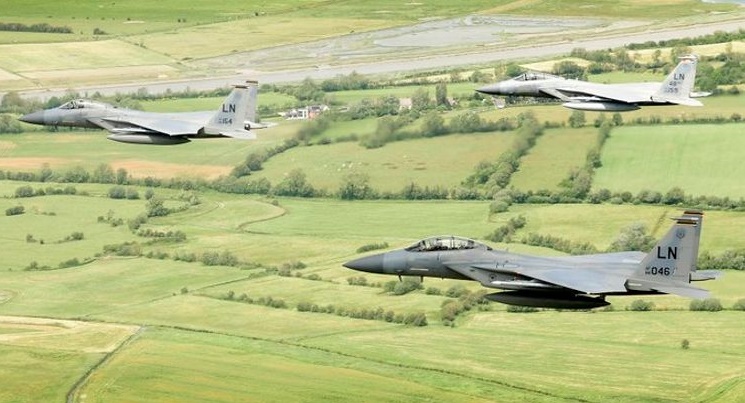 American F-15 jets landed at a Polish airbase on Thursday, Warsaw’s defense minister said, as NATO beefs up the military presence on its eastern flank amid tensions over a standoff between Ukraine and Russia, News.Az reports citing Al Arabiya.

The jets arrived as the further US and British troops were deployed in Poland, with British Prime Minister Boris Johnson also visiting the country in a show of solidarity.

“Today, American F-15 fighters have arrived at the airbase in Lask, they will support the eastern flank as part of the NATO Air Policing mission,” Mariusz Blaszczak wrote on Twitter.

The defense minister did not say how many F-15s landed at the base.

American F-15 jets have also been sent to the Baltics.

British Defense Secretary Ben Wallace said on Thursday that London may send further troops to help support its allies in eastern Europe if required, after announcing the deployment of 350 troops to Poland on Monday.