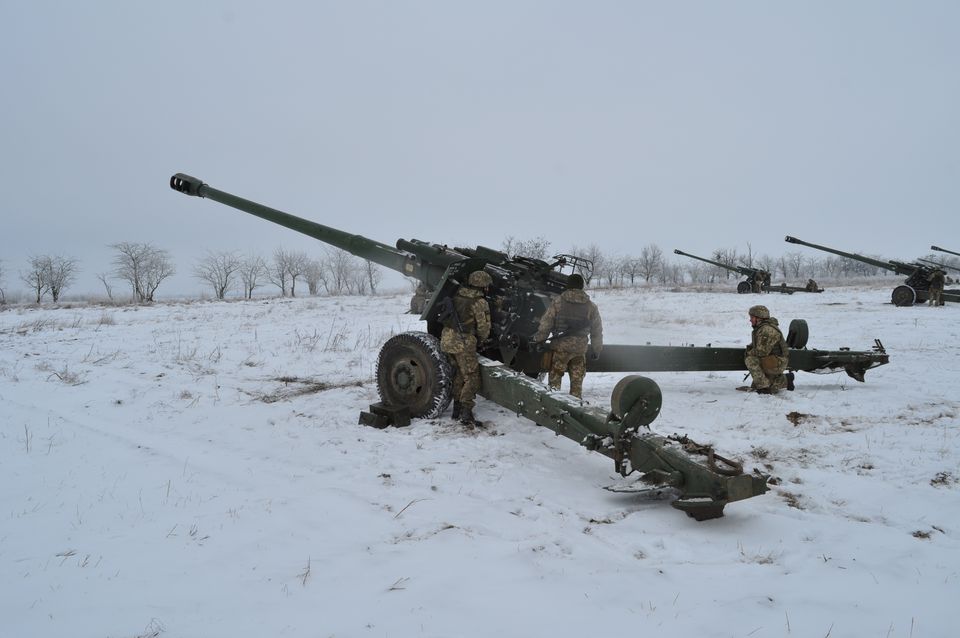 Last week, U.S. President Joe Biden announced an additional $800 million in military assistance to Ukraine, expanding the aid to include heavy artillery ahead of a wider Russian assault expected in eastern Ukraine.

So far, four flights of weapons have been sent by the United States as part of the new package.

The official, speaking on condition of anonymity, said the howitzer training would take place outside Ukraine.

The United States is planning on teaching Ukrainian trainers on how to use some of the new batch of weapons such as howitzers and radars and then for the trainers to instruct their colleagues inside Ukraine.

Ukraine said a Russian missile attack killed seven people in Lviv on Monday, the first civilian victims in the western city, and the commander of Ukrainian forces holding out in the devastated southeastern port of Mariupol appealed to the pope for help.

It appeared that Russia was aiming at military targets in Lviv and the capital Kyiv in the north, the U.S. defense official said.

Mariupol was still contested as Russia appeared to have sent reinforcements into Ukraine in recent days, the official added.

"Our assessment is Mariupol is still contested ... (it) remains under threat from the air but both from missile strikes as well as bombs from the air but even of course artillery," the official said.

The official said there were roughly 76 Russian battalion tactical groups in southern and eastern Ukraine, an increase of about 11 in recent days.

Over the weekend, the Russian defense ministry said its anti-aircraft systems in the Odesa region shot down a Ukrainian transport plane delivering weapons supplied by Western governments.

The official said that the United States did not have any information to suggest that was true.

There were no indications that Russia was making any attempt to recover the warship Moskva, flagship of its Black Sea fleet, that sank on Thursday, the U.S. official said.