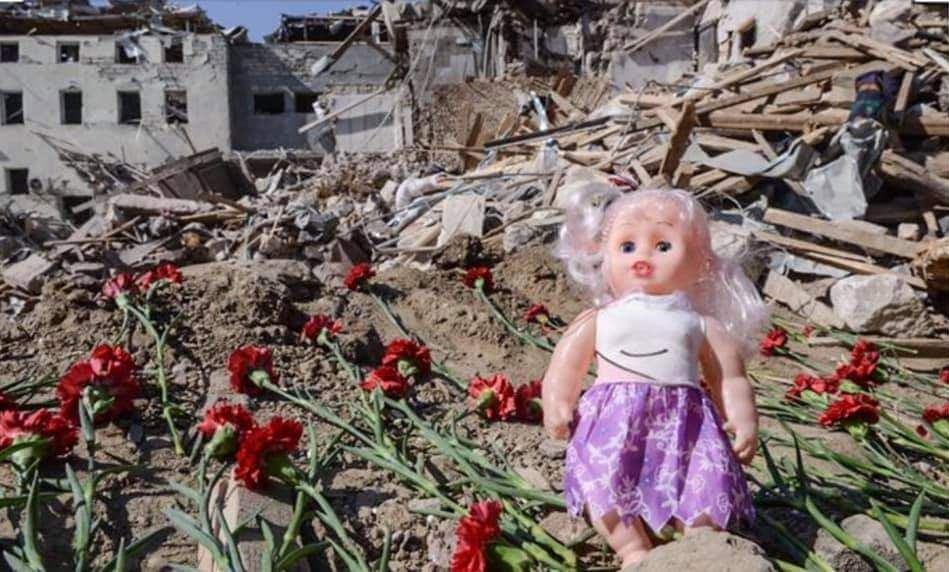 In accordance with the provisions of the Geneva Conventions of August 12, 1949, unlawful acts against civilians and their property are unequivocally considered war crimes. The perpetrators of these crimes should be punished both nationally and internationally.

Norms and principles of international law require every country in state conflict and war to follow these principles and respect the laws of war.  But Armenia, which occupied Azerbaijani lands and kept these territories under occupation for nearly 30 years in violation of UN SC resolutions, has committed war crimes against Azerbaijan.

During the years of occupation, Armenian military forces committed genocides in the town of Khojaly with a population of 7 thousand people on February 26, 1992. 613 people were killed, and 1000 peaceful people of different ages became invalid during the Khojaly genocide. 106 women, 63 children, 70 old men were killed. 8 families were completely annihilated, 130 children lost one parent, while 25 both of them. 1275 peace residents were taken hostages, the fate of 150 of them is still unknown.

Another example of an Armenian war crime - the bloody massacre in Azerbaijani Garadaghli village, on February 14, 1992, a real manifestation of modern Armenian terrorism. During the massacre, more than a hundred Azerbaijanis were brutally killed.

Armenia, on the eve of the Patriotic War (September 27 and November 10, 2020) continued its terrorist acts against the civilian population, grossly violating the requirements of the Geneva Convention.

During the 44-day war, the Armenian Armed Forces fired about 30,000 shells and 227 rockets into the territory of cities and towns densely populated by Azerbaijani civilians.

The attack on densely populated areas with Tochka-U, Smerch, Scud and other destructive missiles was aimed at killing a large number of civilians.

On October 28, 2020, 21 people, including 5 women, were killed as a result of two large-scale Smerch ballistic missiles fired by the Armenian armed forces into the center of Barda.

From September 27 to November 10, some 93 people including 12 minors and 27 women died as a result of the shelling of civilians by enemy forces. 407 people, including 50 minors and 101 women, received injuries of varying degrees of severity.

The military-political authorities of Armenia are responsible for organizing these crimes, and their prosecution must be ensured.

The Azerbaijani state took and takes systematic measures to expose the war crimes committed by Armenia at the international level.

The international community must not allow these misdeeds to go unpunished, and support Azerbaijan in order to punish the criminals using all the possible mechanisms aforementioned.

The article focuses on war crimes committed by Armenia