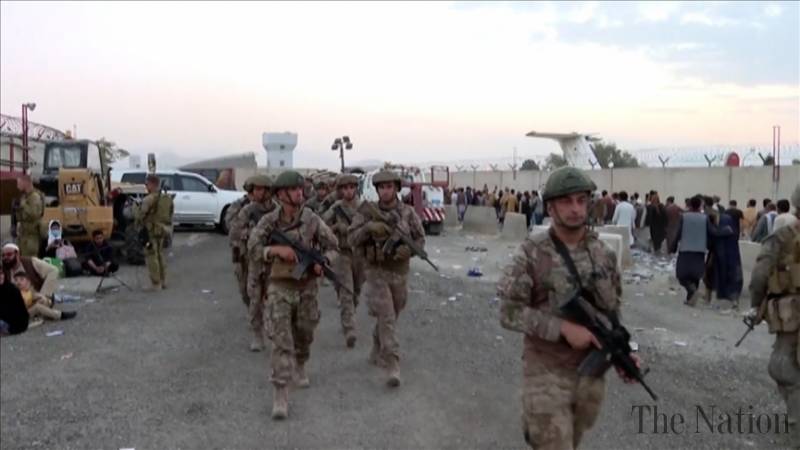 Turkish and Azerbaijani soldiers are on duty together in and around Kabul's Hamid Karzai International Airport, where people have been gathering to flee the country since the Taliban takeover of Afghanistan, Pakistan-based "The Nation" newspaper reports citing Anadolu Agency.

Turkish and Azerbaijani soldiers, acting on the "one nation, two states" motto, are on a coordinated mission to evacuate Turks from the war-torn country.

Azerbaijani soldiers said they are proud of helping their Turkish brothers and sisters.

"We are on a mission in Afghanistan. We are performing our duties with our Turkish brothers. We're helping them,” said Anaz Babayev, an Azerbaijani soldier.

Sagavat Kazimov, another Azerbaijani soldier, said they are serving in the same area as Turkish soldiers. “I say hello to my family, to the families of all the soldiers. Everything is good. I hope that we will return to our country safely."

Habib Hasanov, another Azerbaijani soldier, said they are helping their Turkish brothers and sisters, and "are always ready to help.”

"We are working with Turkish soldiers every second, and we are proud of it," said Kismet Musayev.

The Taliban took over Afghanistan after capturing the capital Kabul on Aug. 15, and are in the process of establishing their government that was removed after US-led foreign forces occupied the war-torn country in 2001.

Countries are evacuating their citizens, diplomats, and some Afghans who worked with Western forces and fear for their safety.