Will Georgia replace its Constitution? 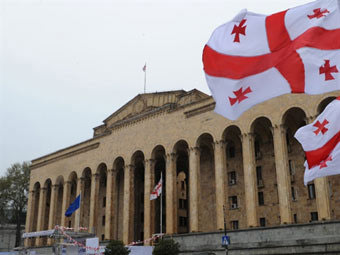 "It is necessary to cancel the unnecessary institution of governors."

Amendments to the Constitution of Georgia will be made based on the current challenges and taking into account existing international standards, the country's Prime Minister Giorgi Kvirikashvili said, commenting on the launch of the constitutional commission, according to Vestnik Kavkava.

According to him, this is the first case in the country, when the general public and international organizations are involved in the process of changing the constitution.

Georgian experts, speaking with correspondents of Vestnik Kavkaza, voiced their proposals to update the Constitution of the Republic. The head of the Institute of Management Strategy, Petre Mamradze, called for a completely new text of the Constitution. "I was working on the first Constitution, as a member of Parliament, and I believe that it is necessary to rewrite it. The fact is that Mikhail Saakashvili had reshaped the Constitution in his completely absurd way for years, and eventually he concentrated all the power in the hands of Prime Minister," he said.

"It is necessary to cancel the unnecessary institution of governors. We should also return the parliament to Tbilisi, since its transfer to Kutaisi does not make sense. But I have little hope that the current ruling group will agree to such changes," Petre Mamradze confessed.

The reason for these doubts is that the Georgian Dream has been in power for almost five years, but has not take any steps to improve the Georgian legislation. "The only thing which is guaranteed is changes in the Presidential election process: he will be elected not nationally, but by the Parliament of Georgia. It is institutionally correct, but the reason for the reform is different: today the Georgian president is not included in Bidzina Ivanishvili's team, and Ivanishvili's blessing would rectify this 'shortcoming'," the head of the Institute of Management Strategy expects.

A member of the ‘Expert Club of Georgia’ Vakhtang Maisaya agreed that Georgia's constitution should be entirely rewritten. "We can say that now the Constitution does not exist, as it was changed so many times, that its very existence has lost all its value and meaning. In the first place, the new Constitution should define the country's stability and what country we're going to build  - a model of an unitary or a federal type. Secondly, the rights of citizens must be defined there very clearly," he stressed.

"Then, a definition of a political government structure should be given. It is very important because this part of the Constitution has been replaced by standards of the authoritarian regime of Saakashvili. Now power in Georgia came to a standstill of large contradictions, and therefore it is in dire need of reform, including constitutional," Vakhtang Maisaya said.

The head of the Center for Global Studies, Nana Devdariani, also pointed out to the need of restoring balance between the branches of government. "When Saakashvili's second term came to an end, he rewrote the constitution to become prime minister. Now we need to restore the balance of powers," she said.

"Secondly, we need to change the whole electoral system. Let me remind you that the Georgian Dream in the parliament of the previous convocation adopted the position to cancel the majority election system by 2020, but now the issue is being revised, because the majority system provides the Georgian Dream a constitutional majority in the parliament, and this causes discontent of the opposition. We also should not forget about Nino Burjanadze's initiative to introduce the law on non-aligned status of Georgia to the Constitution," Nana Devdariani predicts.

The head of the Center for Security Studies and International Relations of Georgia, Nika Chitadze, also said about the urgent need to reform the electoral system."First of all, the majority system of parliamentary elections should be abolished. Then the new legislative body of Georgia will be more multi-party after the parliamentary elections in 2020. In this regard, they need to make an amendment to the chapter, which deals with the Parliament, so that all of its 150 members can be elected under the proportional system," he said.

"Besides, I think that the Constitution should fix what is within its competence, and which remains within the competence of the central government. The Georgian president should be elected by the population, and the Constitution's items relating to the presidency, should not be changed," Nika Chitadze pointed out.